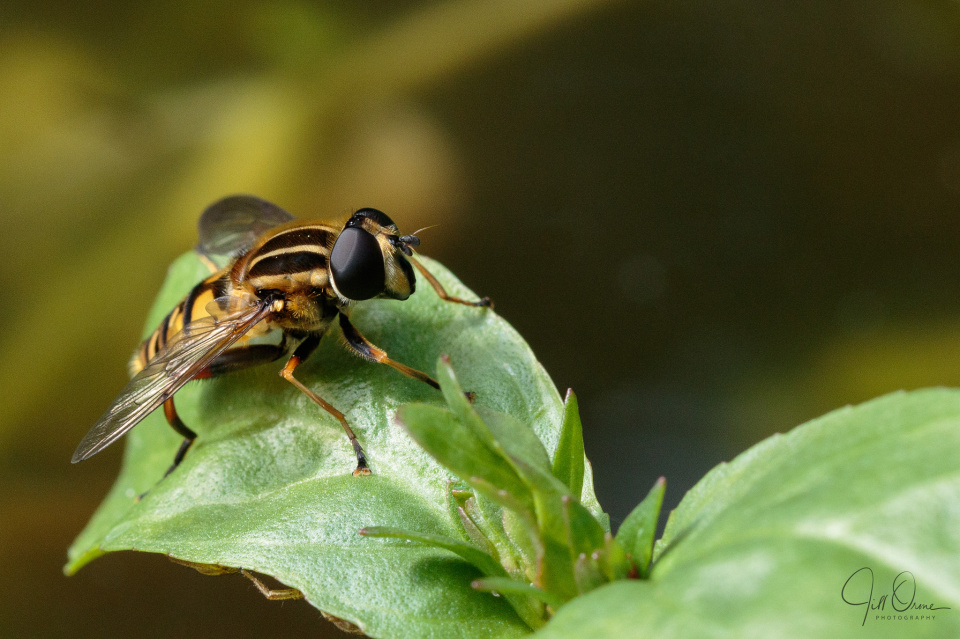 I wasn’t feeling all that well today, so I gave myself a much quieter day than yesterday. In fact I spent most of the afternoon sitting in a canvas chair in the shade of the quince tree in the wild garden, sipping herbal tea and watching the comings and goings of birds, squirrels and insects. At one point a damselfly fluttered past and helped itself to a snack from a cloud of small flies near the pond, before going about its business; I hoped that it would come back and present a photo opportunity, which it didn’t, but even so it lifted my spirits to have seen it.

This is Helophilus pendulus, which has several common names: Falk calls it the tiger hoverfly, for obvious reasons, but I more often hear it called the sun fly, because of all the hoverflies it’s the one that’s most usually found basking in full sunshine, or the footballer, because its striped thorax puts people in mind of a soccer strip. They’re darkly handsome, muscular little flies, and I like them a lot. The males are amusingly territorial, and this one was determined to keep his place on the brooklime, which he’d been defending from two other males for much of the afternoon, even when I knelt down so close to the edge of the pond that we were almost nose to nose.