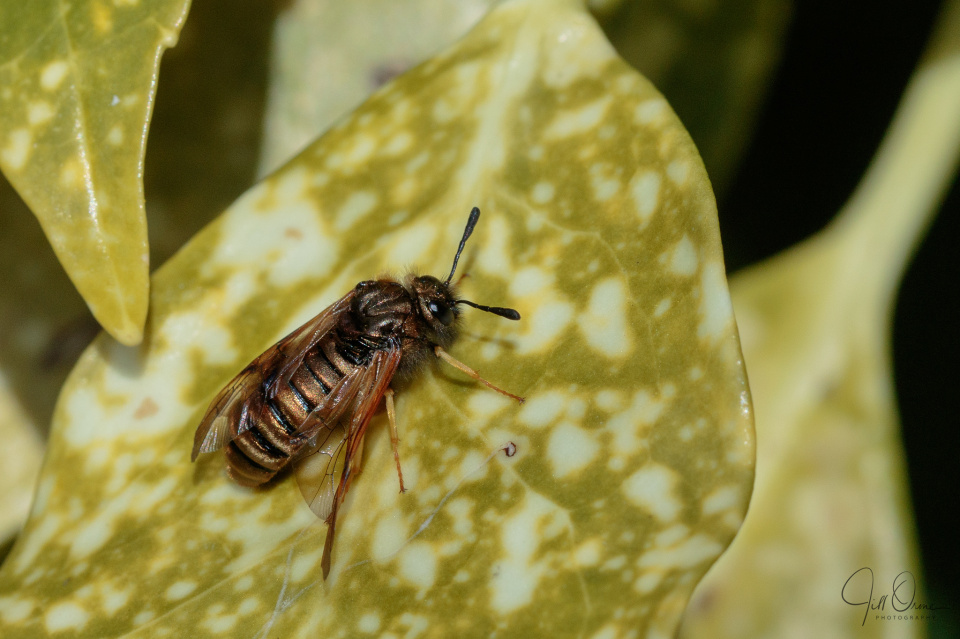 I sometimes find myself wondering what the neighbours (who are using their lockdown time to build some kind of garden structure) think of the conversations that drift over from our side of the fence. Today I spent a while explaining to R that I was worried about the fact that I hadn’t yet seen any Melecta albifrons this year, when usually they emerge at about the same time as the crab apple blossom; and then I detailed for him all the bugs I’d been photographing in flagrante. Though that’s probably not as weird as the chats I find myself having with the Eristalis pertinax who hangs around the patio watching us: “Oh hello,” I said to him this morning. “There you are. How are you?” As long as he doesn’t answer, I can probably still claim to be approximately sane.

This was my garden find of the day. It’s a honeysuckle sawfly, so freshly emerged that its wings aren’t yet fully dry – though that didn’t stop it departing at speed when I moved in a little too close and cast a shadow over it. They’re very shy little beasts, and this is only the third time I’ve ever seen one (though there’s always evidence of the larvae on both the honeysuckles), and the second time I’ve managed to get a photo. The first occasion was four years ago, and because of the date of that blip I always make a special point of searching for them in April – but even so I was startled (and delighted) to realise what I was looking at when I spotted this one on the aucuba today. Proper gardeners probably consider them to be a pest, but they’re entirely welcome to eat my honeysuckle, provided they let me have a photo every now and then.

R built the first pond this afternoon, and I’m very pleased with it (as is he, I think). As you can see from my extra it still needs plants; under normal circumstances I’d go out tomorrow and visit a few local aquatics suppliers to choose some, which of course isn’t possible at the moment, but luckily there are a few companies that supply native aquatic species by post. I hope that I’ll be able to plant it up within the next couple of weeks, and if I’m lucky it might tempt some damsels (and possibly even dragons) to visit before the end of the summer. 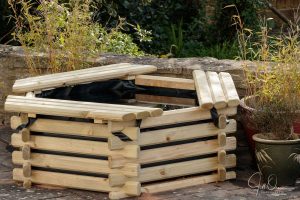