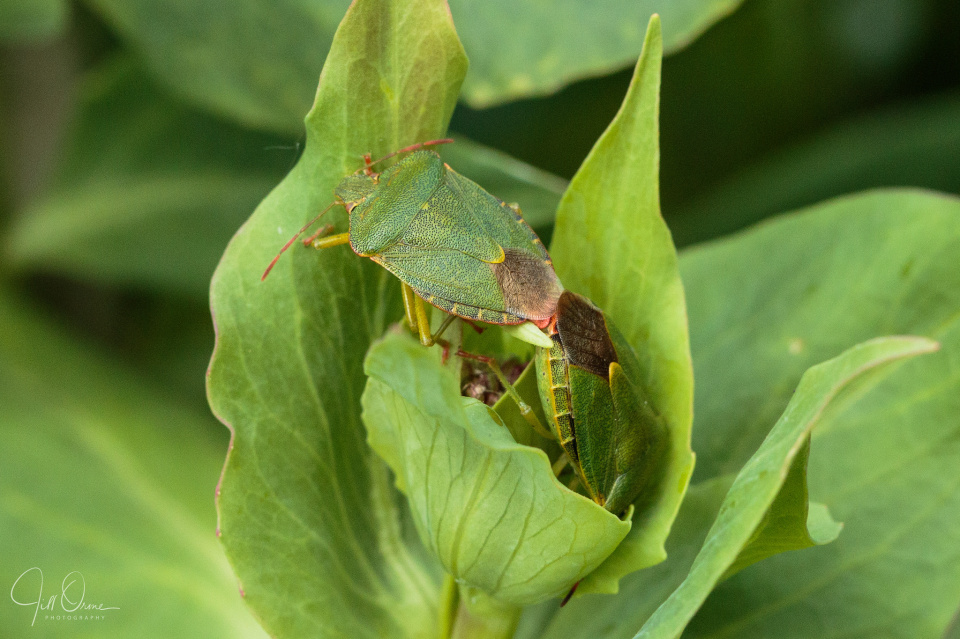 These are common green shieldbugs, which are, as the name suggests, very common in the southern part of the UK, though becoming scarcer the further north you go. I seem to be tripping over them everywhere at the moment, suggesting that in the Shire at least, they’re having an unusually good year. The nymphs are quite attractive, but it’s unlikely that the female will do the decent thing and lay her eggs here, where I could monitor them and take regular photos; they feed on a wide range of tree and shrub leaves, but not, so far as I’m aware, herbaceous plants like this.

I had a better than expected evening at BGCC, where three of my four images hit the scoreboard. The one that was dismissed out of hand was a flight shot of the Brandon Marsh bittern – which also happens to be one of the two images I had accepted into this year’s MidPhot exhibition. Which just goes to show… something or other about the judging of photography competitions. I’m not a massive fan of Rudyard Kipling – when I try to remember his poem If, it tends to morph into Lewis Carroll’s The Aged Aged Man (And now, if e’er by chance I put / My fingers into glue, / Or madly squeeze a right-hand foot / Into a left-hand shoe…) – but, at least in this context, I am with him on triumph and disaster both being impostors and meriting the same level of emotional response.