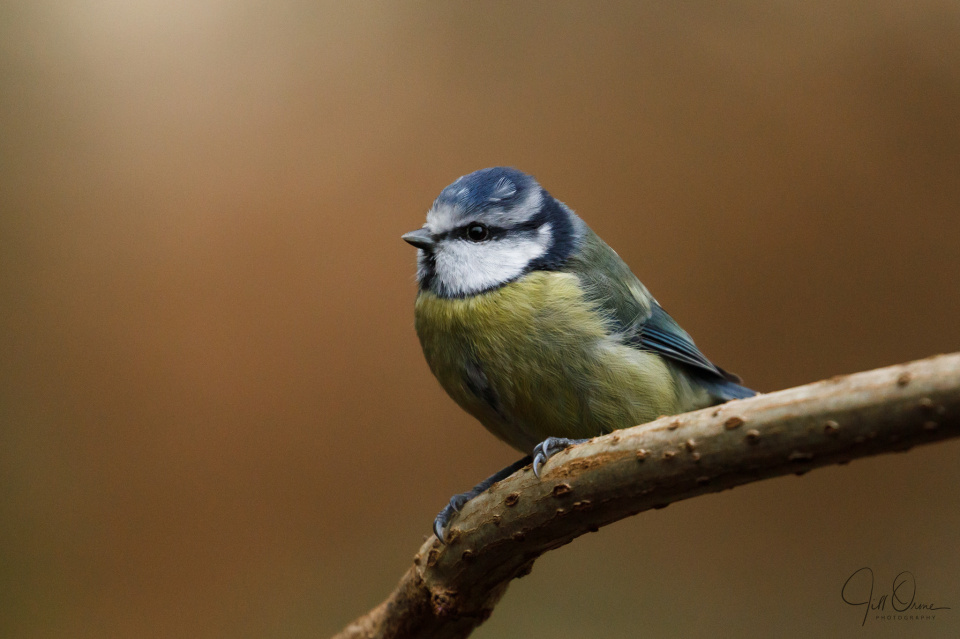 I’ll just go to Hiller’s for an hour’s peace and quiet, before the madness of Christmas really kicks off, I thought. Well, you know that proverb about the best laid plans…?

When I arrived in the garden and heard the noise going on in the woodland, my heart sank. Once I reached the hide, the reason became clear: there was a mechanical digger going repeatedly back and forth through the bird feeding area – moving a compost heap, one of the gardeners told me later, though that’s not what it looked like. Leastwise, I don’t put shrub prunings and small uprooted trees on my compost heap. On the other hand, my garden looks nowhere near as good as the show garden at Hillers, so what do I know?

Anyway, it was chaos. The noise was shattering, and every time the digger came through the quite tight access between the bird table and the pond either it damaged the surrounding trees and shrubs, or debris fell off the bucket which the driver then had to try to retrieve on his next trip. Within half an hour there were broken and bent branches everywhere you looked, and the bird table looked as though a small tornado had hit it. And of course all the the birds all fled every time the digger appeared, despite the fact that it was bitterly cold and they were clearly hungry.

What was interesting though was how quickly they learned the digger’s routine, and began to make lighting-fast forays down onto the bird table while it was at the furthest point of its circuit. They also began to use various pieces of debris around the bird table as extra perches: for example this blue tit was sitting on a branch of an elder sapling that previously stood behind the table, until the digger bent it right down over the top. 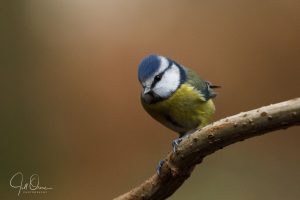 I’d say that this is a young bird, based on the pallor of its breast feathers and the fact that it’s still a little fluffy and scruffy. For comparison, my extra shows a mature bird with tidier plumage and deeper colouring, shot just a few seconds earlier on the same branch, and therefore in comparable light.