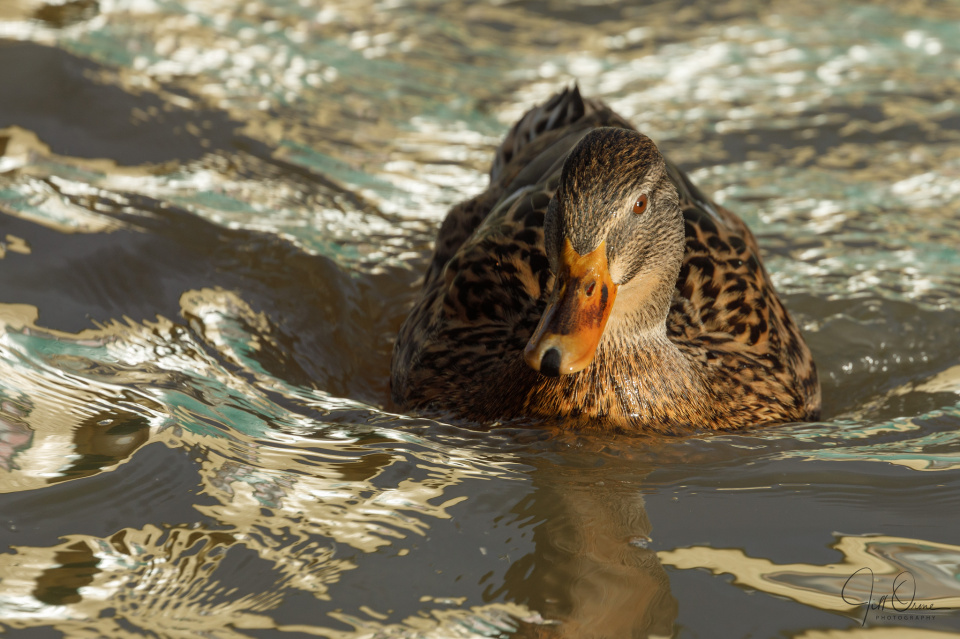 One of our neighbours died a couple of weeks ago, and this morning R and I went to his funeral. Having been born and bred in the parish, and lived here all his life, there were far more people wanting to mark his passing than were allowed in the church under the current pandemic restrictions; so along with most other people from the village we stood on the pavement opposite the building during the service, and along the church yard wall during the interment. I don’t often cry at funerals, but I did today: it felt like the end of an era.

After the funeral I had a couple of errands to run, one in Bidford and one in Stratford, and R sweetly offered to drive me. As usual, we walked along the river from Old Town into the centre of Stratford, and because it was lunch time we bought Christmas sandwiches and coffee, and picnicked in the park.

After lunch I went looking for ducks, but the tufties have dispersed again and there were none to be found. Instead I caught this female mallard, on my favourite bit of crazily reflective water by the floating boat shack near the theatre – made even more wild today by low winter sun, and the water being churned by a goose and swan feeding frenzy that was happening close by. I’ve chosen this head-on shot because it’s a little different to my usual offerings, but I also like the extra: although overall it falls into the category known in this house as Nowhere the Eye Can Rest Comfortably, there’s a delicious hint of the blue flash in her wing which is called the speculum. All ducks have these wing flashes, the colour of which varies between species; their purpose isn’t really known, but it’s thought they may help birds of the same species to find each other easily, and flock together in flight. In flat light the mallard’s speculum is dark blue, but as you can see in my photo, when the light catches it in the right way it iridesces. 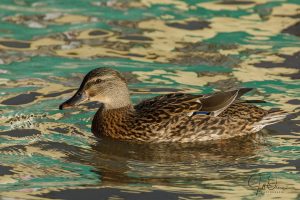 I’ve only just this moment remembered that today was the Winter Solstice. The thought of the days now beginning to lengthen is a comforting one.