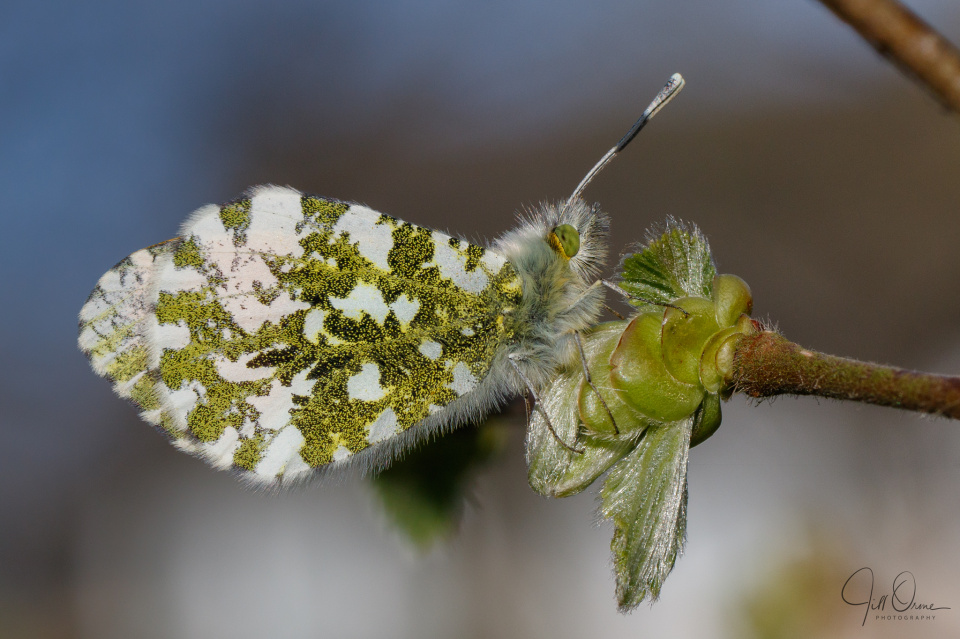 Today’s two photos are the butterfly bookends of my day.

This morning I put some lamb shanks to seethe in the slow cooker with white wine, lemon, onions, garlic, and mushrooms, and then went out to play. I was planning to do some gardening, but took a quick walk down to Tilly’s field first, to see what might be breakfasting on the blackthorn hedge. The answer turned out to be mainly honey bees, but I was happy to see the Peacock I’ve posted to the extras. Peacocks are such spectacular butterflies that they seem almost too exotic to be British natives, and I still find it surprising that they’re hardy enough to survive our winters. This one will have started life as an egg last spring, and will have been on the wing since July or August. Now that it’s emerged from hibernation, it will be looking to mate and complete its life cycle, so I was lucky to catch it on a brief meal break. 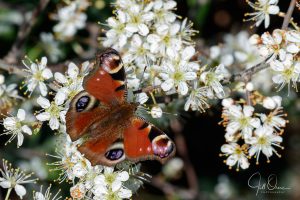 Back at home I tidied and edged the pear tree bed – quite roughly, I confess, but I still managed to generate a barrow load of compostable debris, and even if it wouldn’t pass a close inspection it certainly looks better than it did. Then R and I had a leisurely lunch, followed by a walk around the village.

Late in the afternoon we were down in the wild garden when we saw this male Orange Tip arrive and settle on a celandine to feed. I didn’t have a camera with me at the time, so I trotted back to the house to fetch one, while R kept watch. Just as I arrived back the butterfly took off, and I feared I was going to lose him, but he simply rose up into a hazel tree, settled on a leaf bud, and went to sleep. He was a little too high up for me to photograph comfortably, so I fetched a hop-up step from the garage and climbed up right in front of him, without him giving so much as a flicker of reaction. I have even closer shots than this, without the annoying twig that’s crossing the corner of this one, but this is sharp from antennae to wing tips, which is enough to put it in pole position tonight.

As a postscript to this story, when R went out later to scatter some hedgehog food in the wild garden he reported that the Orange Tip was still roosting in the same place. I’ll check in the morning to see if he’s still there, but I expect he’ll have got up and gone to work earlier than me.