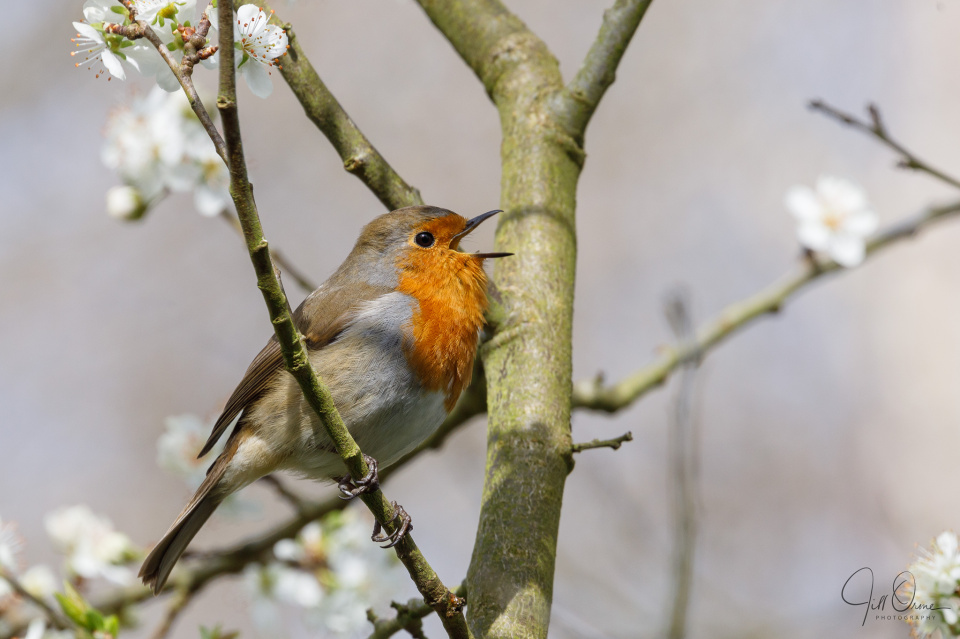 It was another cold day, and this morning was drearily overcast as well, so I stayed at my desk, catching up with some processing. I had one eye on the garden though, and at about 3 o’clock it brightened, so I grabbed the macro and went out in search of bugs. Which is why my first half-dozen images of this robin, singing lustily in an old damson tree in the secret garden, were taken at 100mm. After I’d captured the scene I went back to the house and fetched the big gear, and he was still singing his heart out when I returned.

Once the robin moved on to try a different arena I went for my first bug walk of the season, and recorded a few nice bees and hoverflies on the blackthorn hedges around the village. It was still cold, especially when the sun was covered by cloud, but back at home in the late afternoon it suddenly warmed up, and yet more insects emerged from their roosts to feed. It’ll take me a while to sort out all of the day’s invertebrates and decide if there’s anything among them that merits its own post, but for this evening that doesn’t matter: watching and listening to the robin singing in the damson tree gave me such pleasure that one of those images was always likely to be my photo of the day.