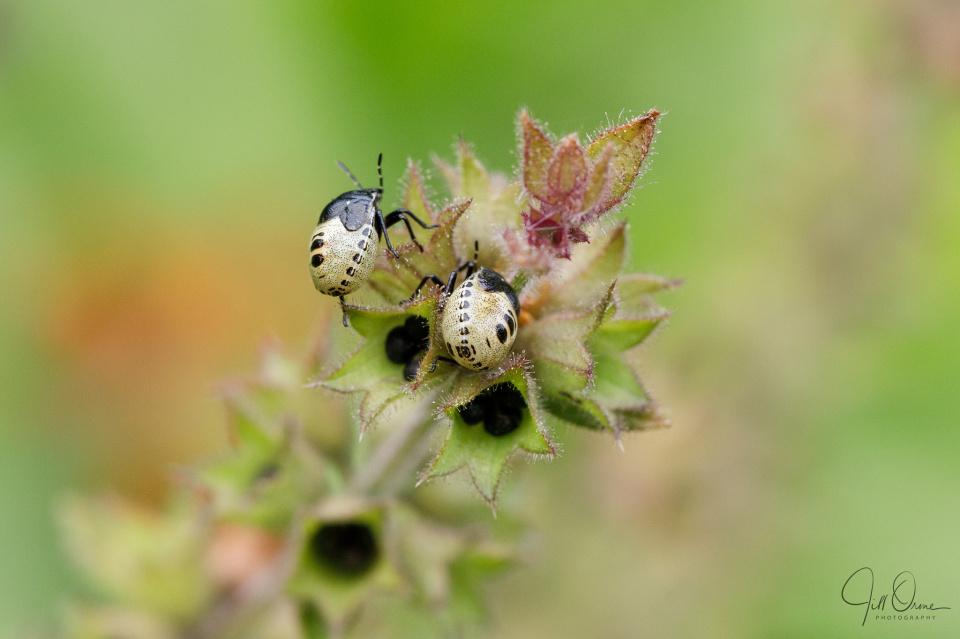 R and I are currently suffering acutely from Baby B’s cold. In fact we were both so ill by yesterday evening that we started to wonder if we might actually have Covid, so we took lateral flow tests (please don’t @ me – I know they’re supposed to be for asymptomatic people, but I also know that they’re less unreliable in people with symptoms than those without) – but in the event we both tested negative. Even if it is just a cold though, the effects are vile, so we’re staying close to home and trying to avoid passing it on to any innocent civilians.

In consequence of the streaming nose, racking cough, pounding headache and laryngitis I didn’t feel like doing anything at all today, and it was an effort even to wander down the garden to look for invertebrates. Luckily I only had to mooch as far as the hedge woundwort patch to find several scores of woundwort shieldbug nymphs in various stages of development, along with a handful of new adults. These are final instar nymphs, now nearly spherical and looking as though they’re about to explode, so presumably close to moulting. The extra includes another final instar nymph and the adult it aspires to become, and shows how dramatic its final transformation will be. 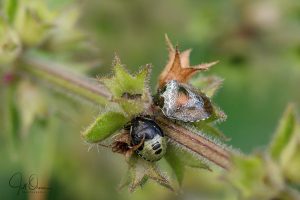