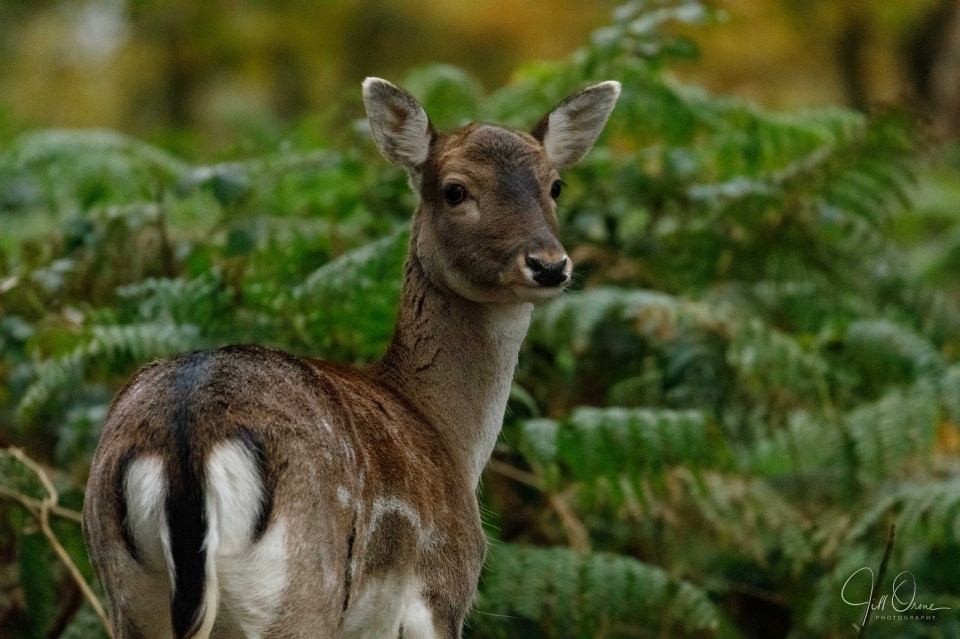 I’m glad that I was out and about with the camera during yesterday’s sparkling morning, as it seems to have used up our entire quota of light for the week. When I woke up at 8am this morning I was surprised to see the time, because it was still almost dark; but I don’t think the situation improved by more than a couple of stops at any point during the day. The exif data for this image, which I took at around half past three, shows that I was having to use a ridiculously slow shutter speed, with the camera working right at the limit of its ISO range.

Nonetheless, I’m pleased to have got out of the gloomy trench we call home, and happy that after half a bitterly cold hour in the hide with nothing to see except pheasants, some less mundane wildlife did eventually turn up. When this fallow doe arrived with a fawn I hoped that I’d be able to get some portraits of the baby, but mother and child were both extremely nervous, skittering back into the bracken every time a pheasant shook itself or a blackbird chattered, and I only managed a couple of distant shots of it peering out of the foliage.

Luckily some of the leftover farm shop produce had been placed at the far side of the clearing, so they were able to find food without being too exposed, and in the end I think the fawn did quite well, but the doe stayed on high alert and only nibbled a little fruit. This was the last image I took before she went back into the woods. The fawn was doing battle with a bread roll at the time, but dropped it almost immediately and bounded away after its mother.