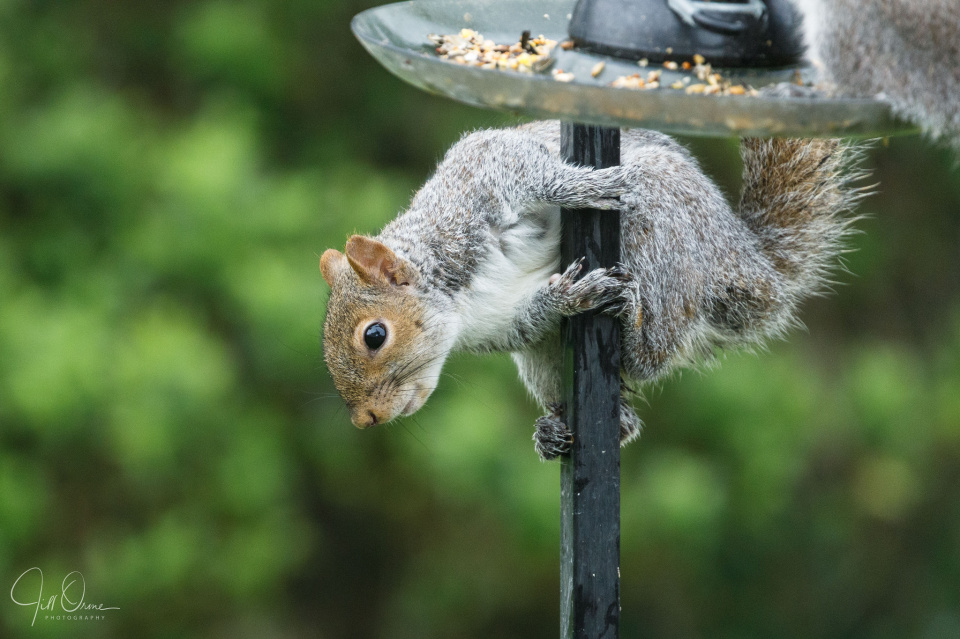 “I wouldn’t want him climbing up my leg, that’s for sure.” (RLO)

A pair of squirrels in the back garden gave me a couple of minutes of amusement and pleasure this morning, while I was in the kitchen making tea. Alpha Squizzer was already sitting on the tray of the seed feeder having his breakfast, when Beta arrived and shinned nimbly up the wet metal pole. Having reached feeder height though, he was impaled on Alpha’s death stare, and subsided slowly back down to here before dropping down onto the grass, where he busied himself with a little self-conscious tidying up around the base of the pole. Alpha then asserted his dominance even more by deciding to feed standing up; I’m calling the extra Up periscope. 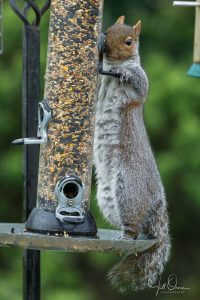 R chose the main image for my blip today, and I think he’s right that it’s the best standalone shot, but if you’d like to see the sequence from which it was taken I’ve posted it to Facebook.