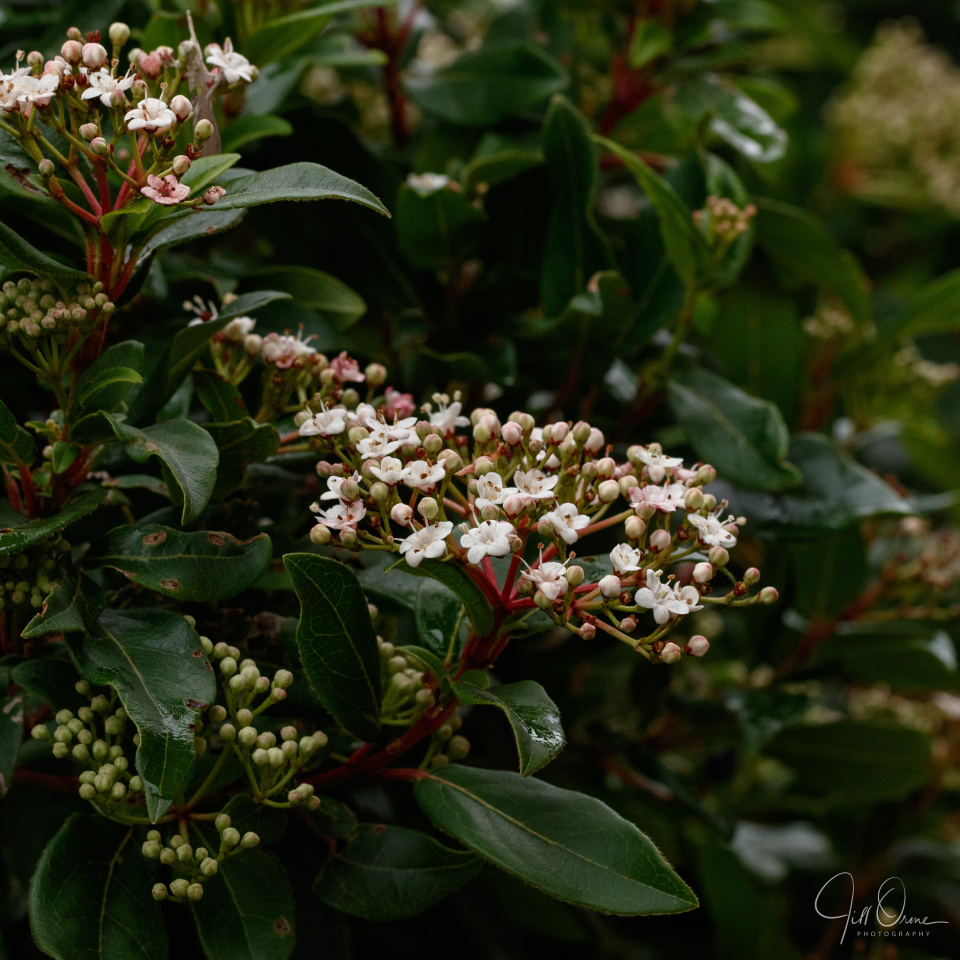 It was a bitterly cold and dreary day. On the plus side, the window cleaner came, so we were able to see how dank and icy it was outside without actually leaving the house – especially after R, who is far less of a slattern than I am, also cleaned the insides of the grubbiest panes. My own nod in the direction of domesticity was to tidy and reorganise my spice drawers, an activity which gave me quiet personal satisfaction while effecting absolutely no change that would have been obvious to a casual observer (though a less casual observer, opening the compost caddy, would have had time to notice that it was unusually fragrant with discarded herbs and spices, just before I asked them what the hell they thought they were doing rummaging around in my rubbish).

I did make a couple of forays outside during the day, the first (briefly) to take photos, and the second to take exercise. Of the few things I found in the garden today that were worth photographing, this Viburnum tinus was my favourite subject. It grows in a dark corner of the front garden, but doesn’t seem to object to its situation – though it does appear to suffer from some kind of leaf spot, and in spring and summer its leaves are shredded by viburnum beetle, which causes the entire shrub to look pretty ratty. At this time of year though, when almost everything else in the garden is worse than ratty, these pink and white flowers against the dark foliage are a sight to lift the spirits.