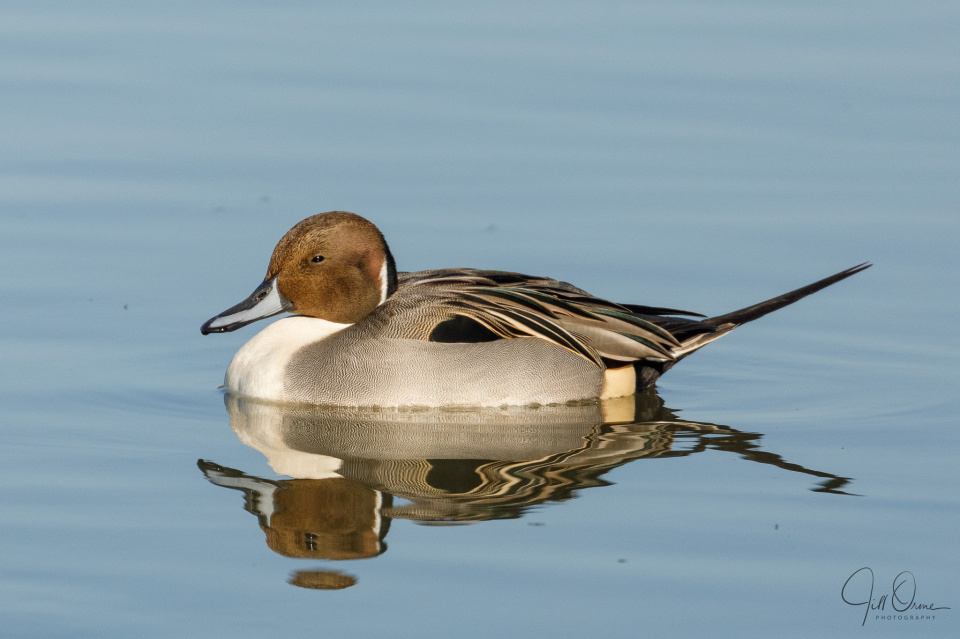 I don’t think there are many more elegant ducks than the male pintail, even when he’s snoozing in the sun. With spring – and love – very definitely in the air at Slimbridge today, he was keeping one eye on his lady friend; but it’s unlikely that they’ll breed here because very few pintails are fully resident in the UK. During the winter we host about half the European population, but within a few weeks most will be returning to Iceland, Scandinavia, the Baltic states, and Russia to breed. Numbers of pintails have fallen over recent years, largely due to habitat loss and hunting.

I spent the best part of an hour today chasing around the reserve in search of a flock of black-tailed godwits that were reported this morning, but failed to catch sight of a single one. But I did have the pleasure of watching several avocets strolling around the South Lake feeding; and I also saw (on wandering over to find out what a couple of other people were photographing) my first butterfly of the year – a pristine male Brimstone, basking on an ivy-covered wall.