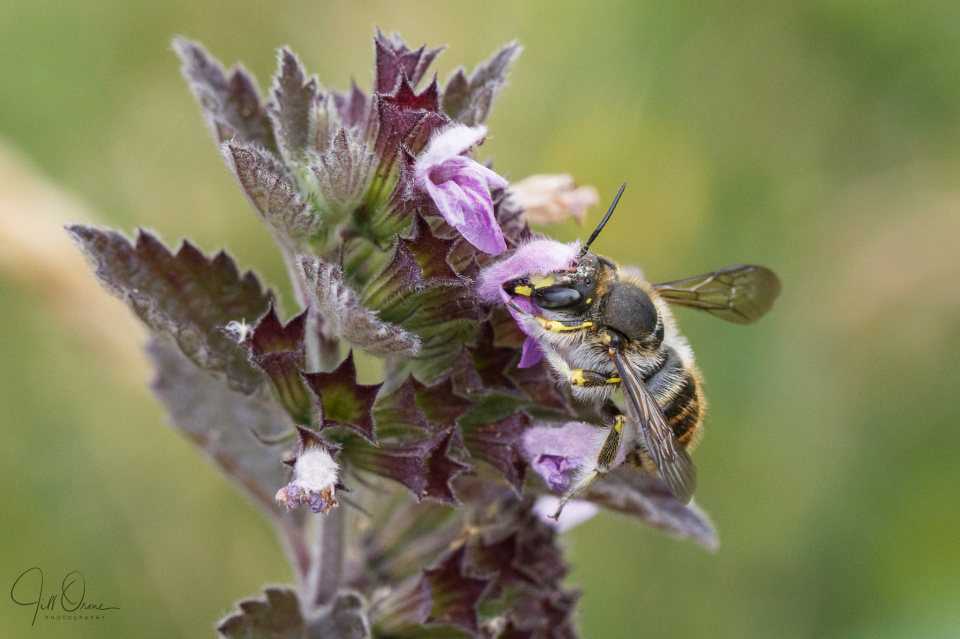 Oh. There you are. No, honestly, I’m delighted to see you. It’s just that…. I have this garden full of plants you asked for, and you’ve…. been nowhere near them…?

After deciding, sadly, that for some reason the wool carder bee population in the village had collapsed, and that none were now likely to emerge here this summer, today I found at least four working the clump of black horehound that featured in  yesterday’s post. So, it goes like this:

Wool carder bees like lamb’s ears (Stachys byzantina), so if you want to attract these fabulous bees into your garden, you’d best grow some of that.

But. Wool carder bees turn out to prefer hedge woundwort (Stachys sylvatica) to lamb’s ears, so if there’s any of that growing wild nearby, you’d better get some too.

But. Hedge woundwort is apparently just too 2021, and it turns out that what wool carder bees really like is black horehound (Ballota nigra). So you’d best get planting.

There are shades of Tigger’s breakfast about this, and normally I have no truck with picky eaters, but these bees are so attractive, and so interesting in their habits, that I’m prepared to go quite a long way to entice them into the garden, so black horehound just found itself bumped up my purchase list. By the way, having mentioned yesterday that this plant has a reputation for smelling foul, today I risked crumpling some of its leaves to release their oils, and I can’t say that I was particularly offended by the smell – it’s certainly no worse than herb Robert, in my opinion. 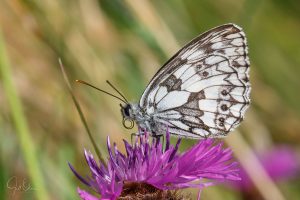 My extra tonight is a female Marbled White, a much gentler creature than this fierce bee with his armoured abdomen, but far more flighty and difficult to photograph. I suppose those facts may well be connected. Anyway, I finally caught up with the butterfly when she took a very brief rest stop on a knapweed head, and though she was a little tatty and the background was a bit cluttered, I still quite like the result.

For the record: resignations continuing; heads rolling; champagne still chilling. I’m loving the current season of The Collapse of British Politics – the Liaison Committee scenes today were highly entertaining, and I certainly didn’t predict tonight’s Braverman plot twist! – but I confess to being a little worried at the rumour that John Hillcoat is being brought in to direct the season finale. Let’s hope the country survives long enough for the series to be recommissioned.