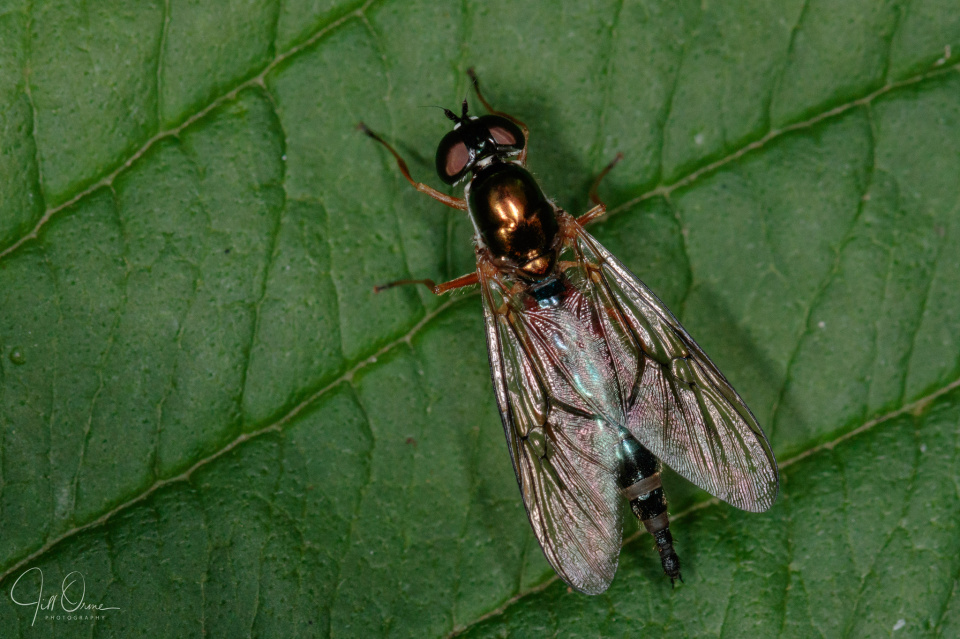 R and I had to take it pretty easy today, both of us having reacted quite strongly to one of yesterday’s vaccinations. I can’t be sure which, but the nurse did warn us that the pneumonia jab can bring on a couple of days of feeling mouldy, so it was more probably that than the ‘flu injection.

Having started a batch of chili con carne seething in the slow cooker, I wandered off into the garden to look for photo subjects. It was pretty cold, so I wasn’t surprised to find very little around: a couple of hoverflies, a couple of spiders, and this Twin-spot Centurion. She’s probably the same one I posted a few days ago, because she seems to spend most of her time sitting in more or less the same place on this dogwood, doing absolutely nothing. To be fair to her she did do something today, which was to flare her wings a little when the first flash went off. She almost always rests with her wings folded, so this allowed me to get the image that’s not usually on offer, showing her rather splendid abdomen with its blue, black, and red colouring. The Twin-spot Centurion seems to be a species that breaks the usual rule of the animal kingdom that males need to be as flashy as possible, while females just need to show up and look vaguely willing: males are much smaller and plainer than females. When this happens it usually means that the female does the courting, but if this lady is supposed to be finding herself a partner, I have to say that she’s making a pretty poor fist of it.

I’m now taking myself off downstairs to watch Inspector Montalbano – televisual nursery food for the sad, sore, and self-pitying.