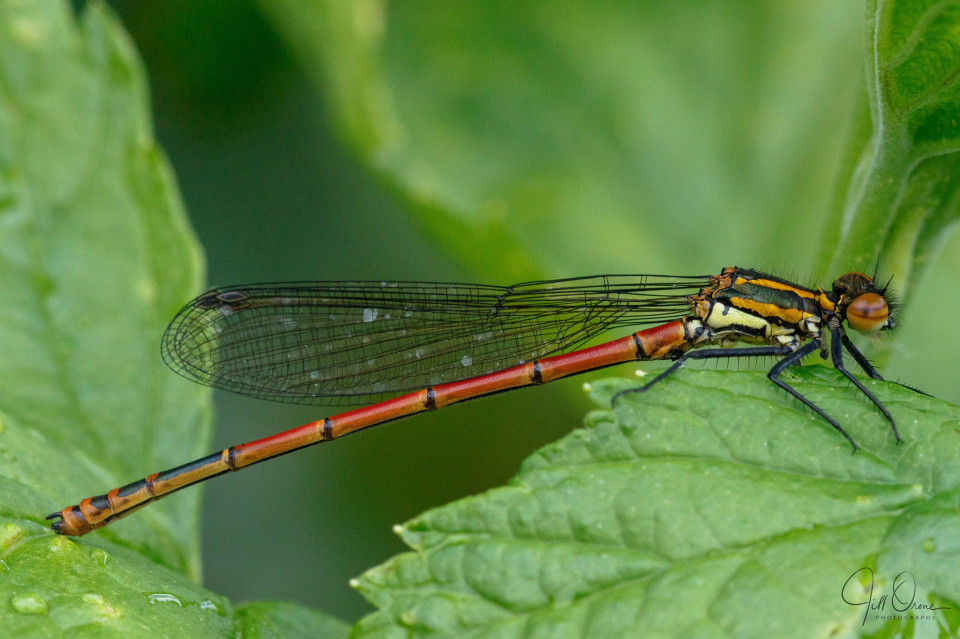 My resolution never to leave home again didn’t survive R offering to buy me coffee and cake in Stratford today, and we had a pleasant stroll into town along the river. I took a few bird photos, most notably of one of the local herons, which was standing on one leg on the wall of the weir, the grey wagtail (female, I think) I’ve posted as today’s extra, and the stranded tufted duck, who still looks quite bereft at the loss of his mallard “girlfriend”, and who’s being chased around and given a rather torrid time by some of the unpaired male mallards. The best thing in Stratford that I didn’t manage to get a lens on was the female Banded Demoiselle we spotted on nettles at the base of Lucy’s Mill Bridge, who flew while I was still trying to get focus on her, but takes my Odonata list for the year so far to nine species. 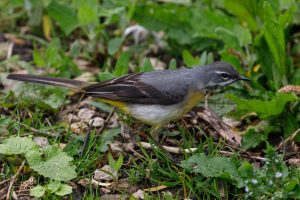 Back at home the light and the rain were coming and going, but in the drier phases I found some quite nice invertebrates in the garden, including a tiny woundwort shieldbug, and a pair of Rhopalus subrufus plant bugs mating while being watched minutely by an audience of unpaired individuals. I’d put away the camera and was doing a little (very) light gardening, when I spotted this Large Red Damselfly resting on the blackcurrant bush in the secret garden. As I looked at him he raised his abdomen, preparatory to taking off, so I took a couple of steps back and he lowered it again – it was cold, and he was wet, and he didn’t want to fly if he didn’t have to. I backed away until I was out of his sight, then ran to the kitchen for the macro, walking back slowly and nonchalantly, and pretending to be looking at something else. If you’ve never done one of these Grandmother’s Footsteps games with a damselfly, this will sound ridiculous, but I promise you it’s not: you can’t creep up on an insect with near-360° vision, but you can lull it into staying still if you move very slowly and try not to look like a predator.

This image is a companion piece to – and he a potential mate for – the female Large Red Damselfly I found a couple of weeks ago. You can tell that he’s male by the anal claspers at the end of his abdomen, which he’ll use to grab hold of a female to induce her to mate, and then to keep her free of the attentions of other males while she lays the eggs he has fertilised. You can also see the bulge of his accessory genitalia (sorry about that) below the proximal end of his abdomen; and finally, his colouring is a little different, with more red, and less black and gold, on the abdomen. When he’s fully mature the colour on his abdomen will be a deep blood red, as will his shoulder stripes, and his eyes will also be dark red.