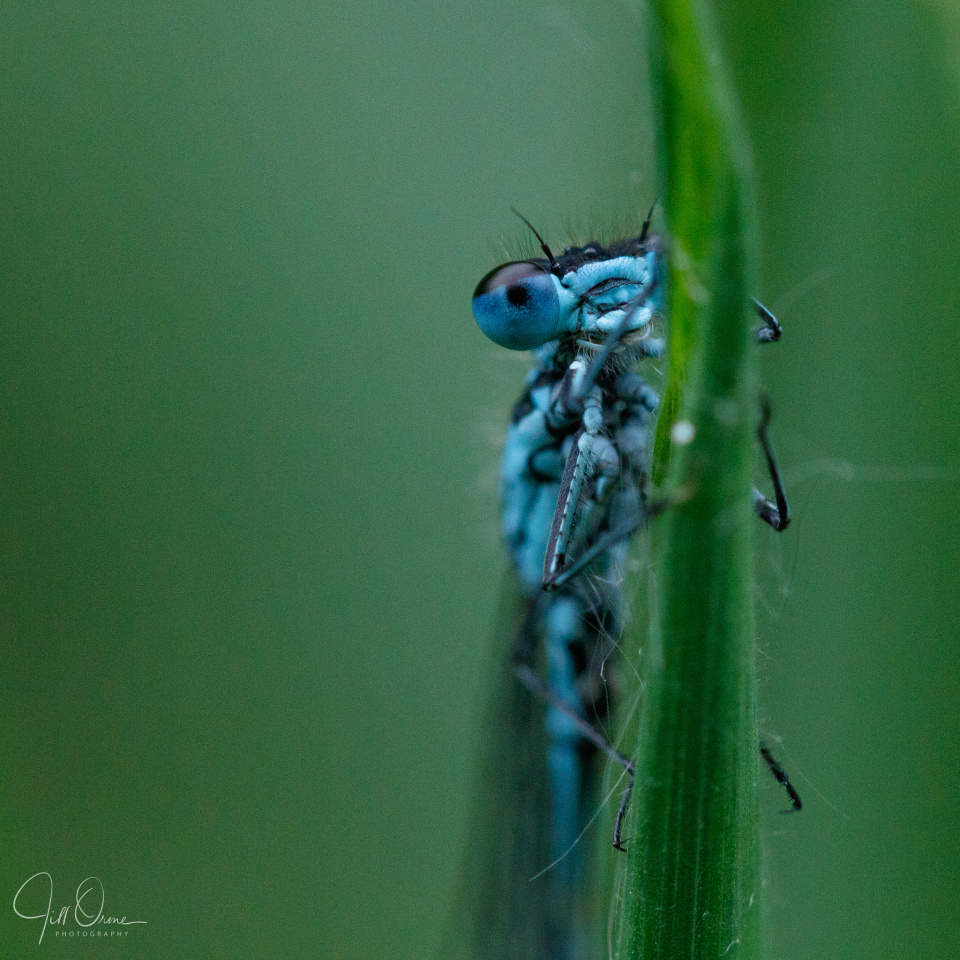 This morning’s workshop was a reprise of yesterday’s, with added rain and wind. There were no dragonflies at all to be found, and even the damselflies were harder to spot – partly because it was so very dark, and partly because they tended to be lower down in the vegetation than they were yesterday, sheltering from the weather.

I didn’t want to take a lot of photos that were simply repeats of those I’d already taken, so I concentrated on just a few subjects and worked on composition and focus. This damsel (which is either an Azure or a Variable – I can’t say for sure from this angle) was unlucky enough to be in quite a good position for my purposes, clinging to a blade of grass that was fairly exposed and separated from the surrounding vegetation, and I spent a great deal more time on him than he was comfortable with. I tried for the classic shot with one eye either side of the leaf, and despite the fact that he kept edging from side to side to try to hide from me, I did manage it (I even got his eyes sharp enough for the facets to be visible, don’t ask me how) – but the leaf itself is quite messy and distracting, and I prefer this image that shows more of his face.

By around 8am we’d all had quite enough of the conditions on the reserve, so we called it quits. I’d packed and checked out of the hotel by 9.30, and with the weather at all the potential butterfly and/or dragonfly stop-off points between Somerset and Worcestershire forecast to be equally bad, I decided to go straight home. Driving conditions on the M5 were fairly scary, but marginally better in the outside lane than in the other two, so I went for the option that allowed me at least to see the road, and was back in the village before noon. I may well never leave it again.