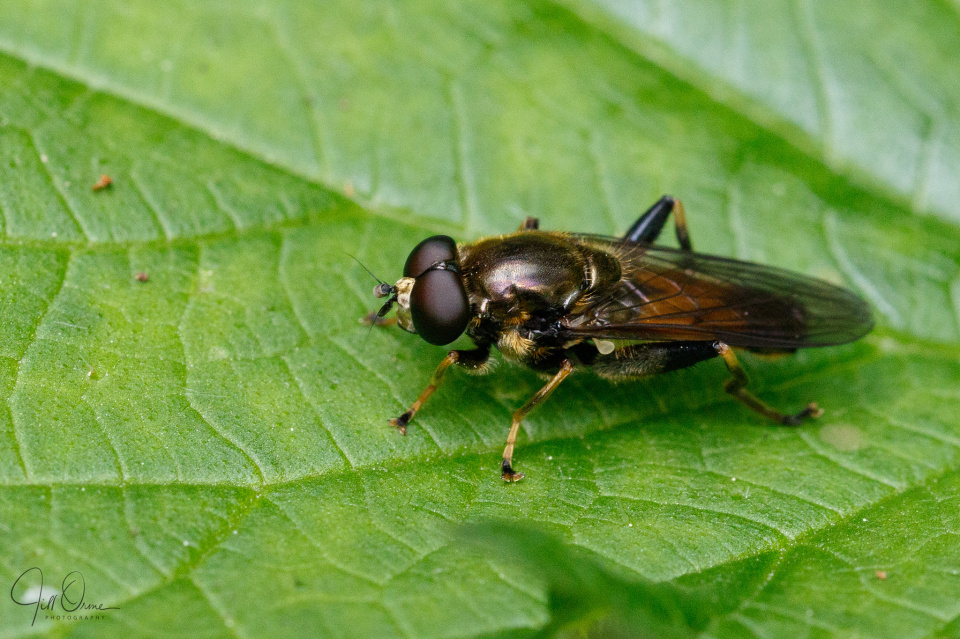 On another dull and showery morning I struggled to find many invertebrates, but eventually turned up this handsome hoverfly in the scrubby area at the very far end of the garden, on the bank of the stream. I’m not too sure about the “common” species name, which I’ve only seen in Steven Falk’s hoverfly albums: I’ve always called it Xylota segnis, which I think is at least as memorable.

X. segnis is quite a large fly, at over a centimetre in length, and looks somehow muscular. The orange band around its abdomen is distinctive when the wings are open, but they tend to be held folded, which disguises it. This species is associated with woodland, because its larvae develop in rotting wood, but they can also grow in other decaying vegetable matter such as sawdust or even compost, which frequently brings it into gardens. Adults eat honeydew, but will also take pollen, though usually from the surface of leaves rather than from flowers.

After a truly dire start to the invertebrate season, it’s cheering to see a few more hoverflies appearing in the garden now. Xylota segnis is the seventeenth species I’ve recorded this year.