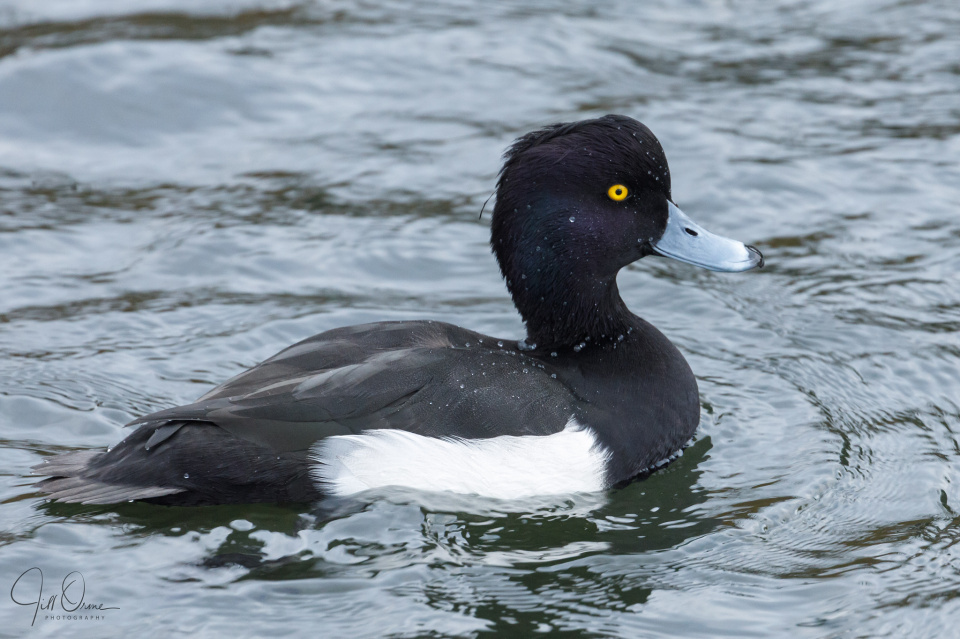 After my lost day yesterday, it was a relief to wake up this morning feeling better – still sub-prime, but at least capable of being up and (more or less) functional. The weather was as dreary as I was, which put paid to my original plan of going to Slimbridge, but by this afternoon I was absolutely raging to be outside, so I drove to Stratford and walked along the river.

It’s only ten days since I last posted a tuftie, but the flock has shrunk to ten since last week, and the remaining birds are sticking close together and looking edgy, so I’m not sure they’re going to be here much longer. I thought I saw another dead swan in the river this afternoon, in the reeds to the west of Lucy’s Mill Bridge, and I’m hoping that the four tufted ducks who’ve disappeared have chosen to move on to other waters, and haven’t also succumbed to avian flu.