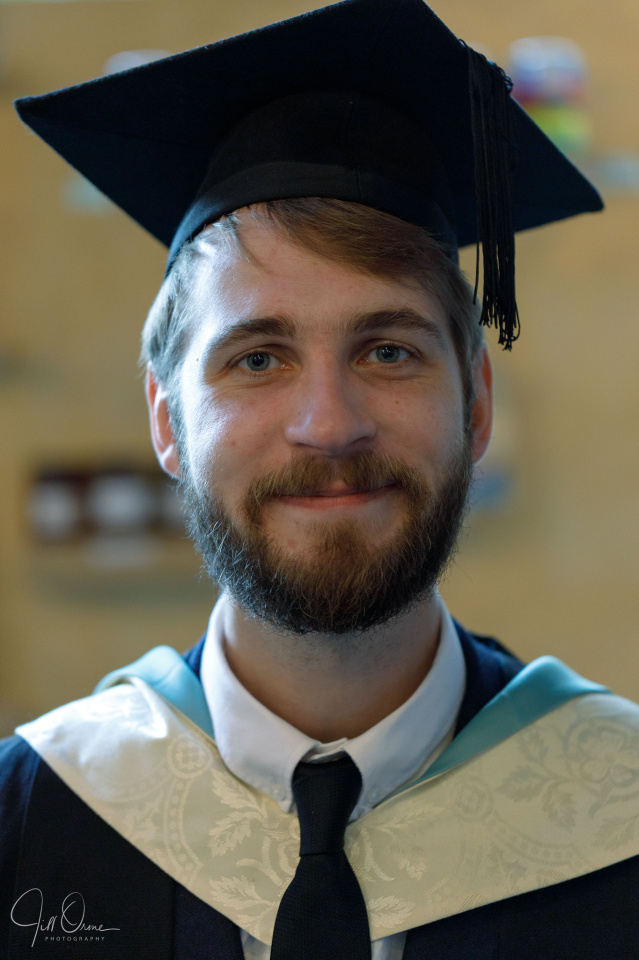 The Leeds Conservatoire Class of 2021 graduated this afternoon at a ceremony at the Royal Armouries, and among the higher level graduands was H (a.k.a. Child Two, or The Larger Boy), who formally received the degree of Master of Music, Creative Musician, that he was awarded back in April. R and I drove up to Leeds this morning , and spent a very happy day with H and his partner S.

High on the list of things H has never enjoyed is fuss being made, especially if he’s somehow the focus of it. I’d go so far as to say that he dislikes fuss almost as much as he doesn’t care for having his photo taken. Today though he seemed happy to roll with both the fuss and the photos – and in return I hope that I managed not to be a complete pain with the camera. I took this in a coffee shop around the corner from the Royal Armouries, where R and I first rendezvoused with H and S.  The light was so dim that I had to shoot on f/2.8, so the focus is wafer-thin, but I don’t mind that – my son’s tolerant smile makes me smile back, every time I look at the photo.

All the Conservatoire graduands had the same sage green hood on their academic gowns, but the cream damask collar was only worn by the Masters. I wish I’d managed to capture the sleeves of the gown, which were heavily appliquéd with black silk cord – something I don’t remember ever seeing before. The whole ensemble was extremely chichi.