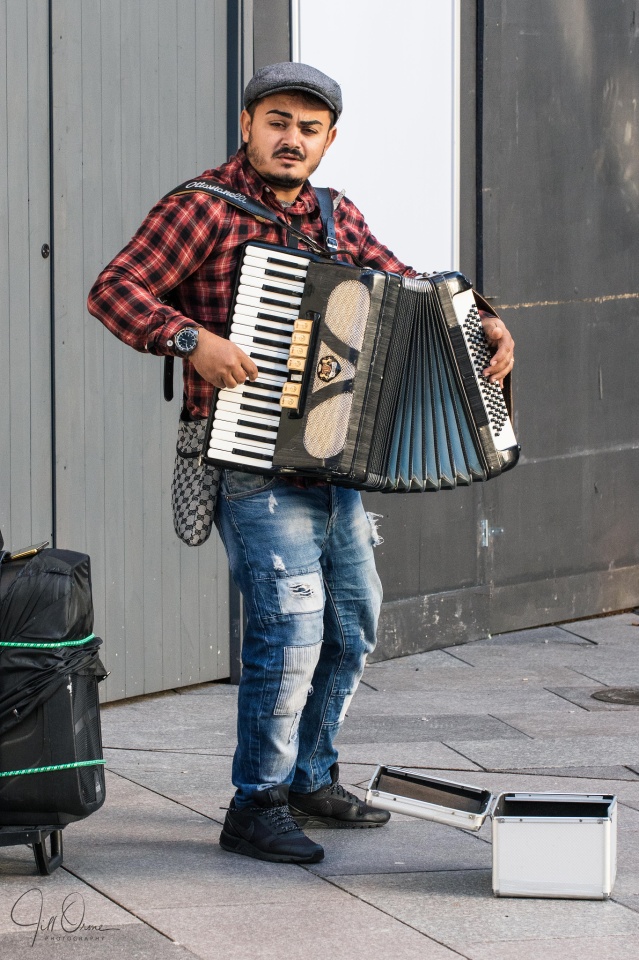 “A gentleman is someone who can play the accordion, but doesn’t.”
Tom Waits*

Did I mention in my previous blip that I feel we should treasure the NHS? If I failed to do that, I’d like to state here and now that I believe we should not only treasure it, but be prepared to fight to keep it – because most of us won’t know what’s hit us if it’s taken away.

So, after two phone calls with the NHS yesterday evening, both at their expense, I then had a long consultation with a lovely GP at Warwick Hospital, who did a test and dispensed antibiotics and sound advice on the spot – all completely free of charge. Back at home I took one antibiotic capsule and two painkillers, almost immediately began to feel better, had eight hours sleep, and woke up this morning feeling (and I’m told looking) like a completely different human being. (I have to do a couple of follow-ups with my own GP, but again the only cost to me will be time.) Thank you, National Health Service!

Today R and I had a lunch date in Cardiff with L and G, which yesterday we’d fully believed we would have to cancel; but in the event, thanks to the NHS and its wonder drugs, we were able to go and meet them for tapas and competitive talking. They’re just back from their honeymoon in the USA, and even though they went to Yosemite without taking me (!!!) it was lovely to hear all about it.

On the way from the tapas bar back to the car, we passed this chap busking the accordion very competently. It’s more than possible that I swung my hips in a somewhat jaunty, celebratory manner as we passed him, though I’m going to assert that the frown he’s wearing is one of concentration rather than disapproval. At my age I think I’m allowed the occasional bit of jauntiness.

*Tom Waits may or may not have said this. It’s generally credited to him, though it seems to be a misquotation, or maybe adaptation, of “A gentleman is someone who knows how to play the banjo and doesn’t”, which may (or indeed, may not) have been said by Samuel Clemens, usually known as Mark Twain. It seems that many of the aphorisms that have been attributed to Clemens over the years may not have been said by him at all – though why you’d make up something witty and then say that someone else said it, I really can’t imagine. Personally I’d  be far more likely to take the Oscar Wilde route of claiming someone else’s witticism as mine.