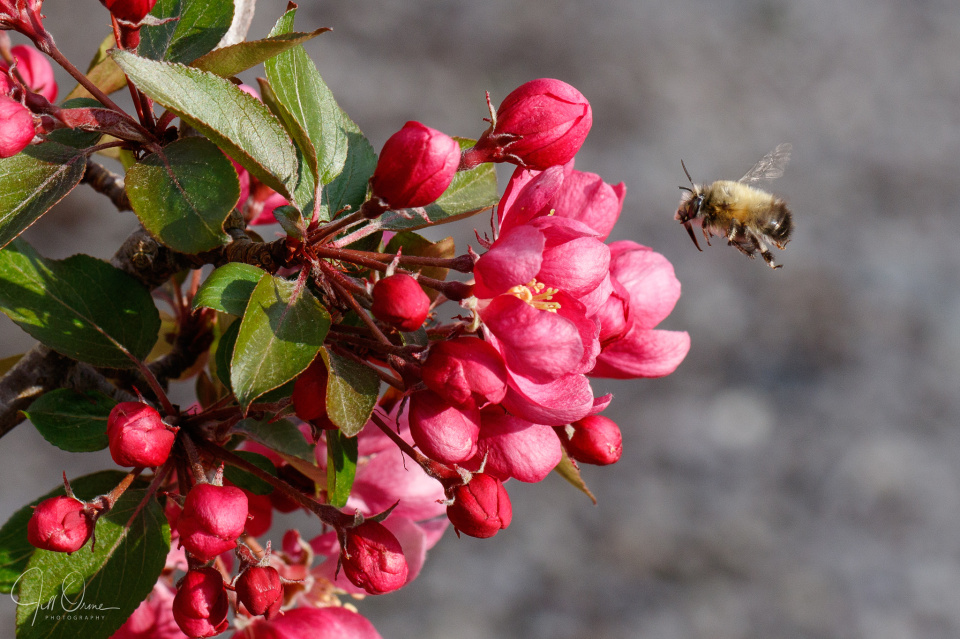 Another day in the garden saw a border that has never been cleared in the two decades we’ve lived here finally get tidied, edged, and mulched. In the process of which I broke an edging iron on the rock-hard ground – though luckily I had two, so I was able to carry on working. I’m now quite tired, but feeling pleased with my recent burst of productivity.

While I was gardening I kept an eye out for interesting insects, and saw two that were both “firsts” for the year. My extra tonight is a Speckled Wood, which was quite newly-emerged, I think: they’re usually fairly skittish, but this one seemed a little bemused and I was able to walk right up to it with the camera while it was resting on the lonicera. I also saw my first Helophilus pendulus of the season at the wildlife pond, but I moved towards it too quickly and put it to flight. I’m confident that this won’t turn out to have been my only opportunity to photograph one. 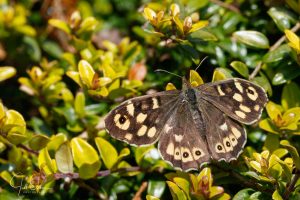 This had to be my photo of the day though, even though I’ve posted plenty of plumpies already this spring, and it’s only a couple of days since I showed one on the crab apple blossom. But I love the way the late afternoon sunshine was lighting the tree, and I’m happy to have caught the incoming bee with his tongue extended, ready for a quick meal. Hairy-footed flower bees will often fly like this, and will pause in mid-air and hover momentarily before darting towards the flower they’ve selected, so this is a very typical scene.