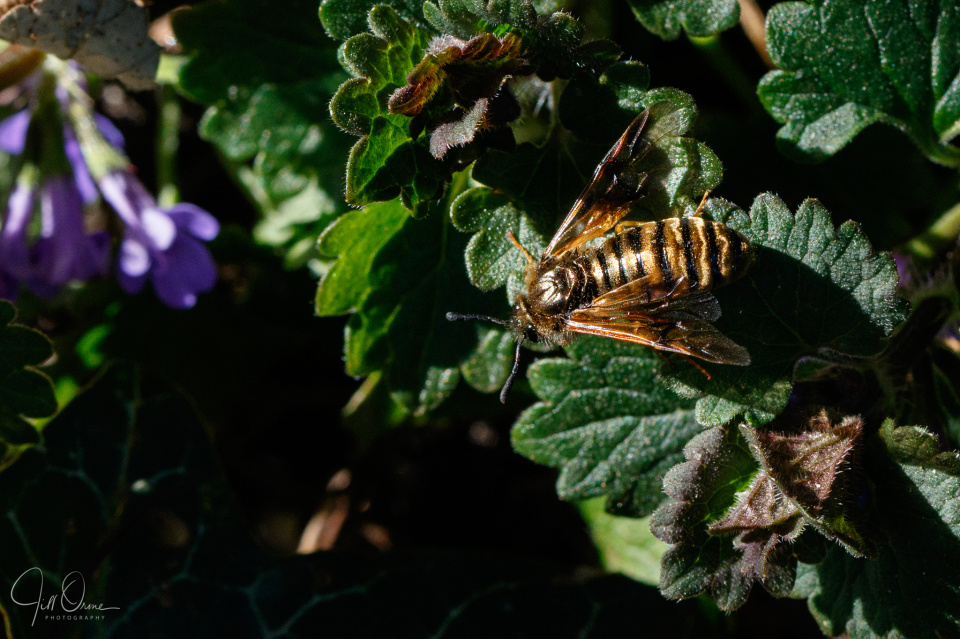 R and I went for a walk at Charlecote this morning, where the weather was glorious. The fallow bucks are shedding their antlers, and the does (many of them pregnant) are gathering in bigger groups than I’ve ever seen before. The heronry was well staffed with slightly frazzled-looking adult birds, and if you check out my extra you should be able to see that at least one nest has already produced a couple of chicks. And down at the river I spotted a small wader, which I couldn’t identify until I was able to enlarge my photos back at home, when it turned out to be a common sandpiper – a bird I’ve never seen on the Avon before. 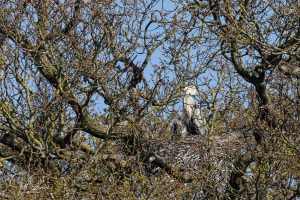 This afternoon R and I were working on different sections of the garden when he called to tell me that he’d found another honeysuckle sawfly – which, of course, was all the excuse I needed to down tools and grab the camera. He’d disturbed it while weeding, and because it didn’t immediately fly away he was worried that he might have damaged it with the trowel. Sadly it is damaged, though I’m sure R isn’t responsible: its right hind wing is deformed, and looks crushed and almost crystalline, which seems most likely to have happened during pupation or on emergence. The consequence for the sawfly is that it’s grounded – it did try to fly away, but couldn’t achieve lift with just three working wings. If nothing predates it, there’s no reason why it shouldn’t live out its allotted span (which is probably only around a week anyway) in this undergrowth, feeding on the ground ivy, but the chance of it reproducing is surely remote.

There were plenty of happier insects around the garden this afternoon, including the first Green-veined White butterfly I’ve seen this year. I also had fly-pasts from a Brimstone, a couple of Holly Blues, and a male Orange Tip, which I’d love to think was this one paying us a return visit.