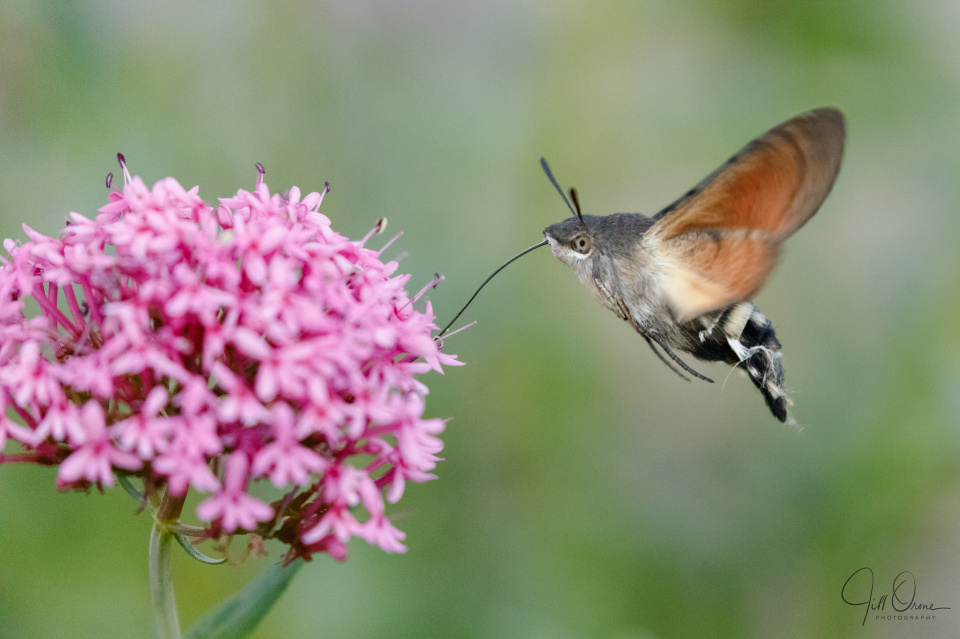 After having a bad night, I slumped grumpily at my desk all morning, processing photo files while listening to political podcasts; but at lunch time I pulled myself together and went off to Upton Warren in search of birds. On arrival I met a couple of chaps who told me that they’d seen both a water rail and a kingfisher (always called “the” kingfisher at UW, though there must surely be more than one) from the new hide, so I started there; but after half an hour I’d only seen a Little Egret, a Great Crested Grebe, and a Migrant Hawker doing a quite surprising workout in mid-air, and decided it was time to move on.

As I left the hide a large dog fox trotted past the end of the entrance walkway – apparently oblivious to my presence – and carried on up the lane towards the car park. I followed, taking photos as I walked, and it was only when I made a clicking noise to get him to turn his head that he (quite calmly) left the path and went into the reed bed. He was very handsome, and in great condition, and it made me very happy to see him – I’ve added one of the photos as an extra. 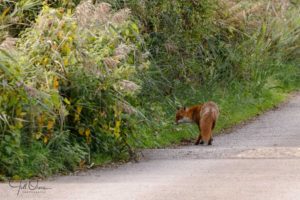 I then spent nearly four hours in a small bunker known to its habitués as the Concrete Hide, though that’s not its official name. It’s my favourite hide at Upton Warren because it’s low down, close to water level, and I like the angle of the photos you can take from there, but very often I’m the only person in it. Today though, it got fuller and fuller over the course of the afternoon, until all the bench spots were taken and there were people standing behind us, peering over our shoulders – because, I was told, “the” kingfisher was confidently expected to put on a nice show over the channel just in front  of the hide, round about tea time. He’s been doing it every afternoon for several weeks, allegedly, and the people who know were fully confident that today would be another kingfisher day. If a small thermonuclear strike had hit the hide at about 5pm, I estimate that around £100,000 worth of high-end photographic equipment would have gone up in smoke – and all for nothing, because the kingfisher did not appear.

By that time my hands were almost too cold to hold the camera, my bum was numb, and I was raging for a mug of tea, so I called time on the kingfisher and went home. It was nearly 6pm when I arrived back, and as I walked towards the front door, casting my usual glance along the front border to see if there was anything interesting there, I caught a dark blur of movement. I think I actually said “Waaahh!!!” as I threw keys, phone and bag (containing the second camera, but let’s step around that) onto the lawn, and ran to the wall. The garden was in shade by this time, and I had to push ISO and aperture in order to gain shutter speed, but visits from a Hummingbird Hawkmoth are rare, and and however bad the light I will do whatever I can to get some shots when one turns up. One day camera, lens and light will all come good on the same day, and I’ll get some photos I can be proud of – but given that I only had two out of three tonight I’m not displeased with this.

R has pointed out in the past that these moths are ugly little beasts, and objectively he’s right, but they amuse me hugely. Compared with the very neat way in which dragons tuck their legs up while they’re flying, the droopy legs of the Hummingbird Hawkmoth look positively casual, which coupled with the fact that they always appear to be gazing off into space gives them a distinctly ditzy air. In fact, they’re furiously intent, and move from flower to flower at a speed that’s hard to track. This one also didn’t care for my attention, and I’d taken no more than a couple of hundred shots when it three-pointed at high speed and left. I then had plenty of time to collapse on the sofa with several mugs of tea, while all the photos uploaded.

And now I must try for some sleep, because I’m thinking of zooming back up to Shropshire in the morning, to look into a tip-off I had yesterday about some Black Darters. It’s a long way to go to take a look at a few square metres of boggy ground, but that ‘A’ panel isn’t going to build itself.