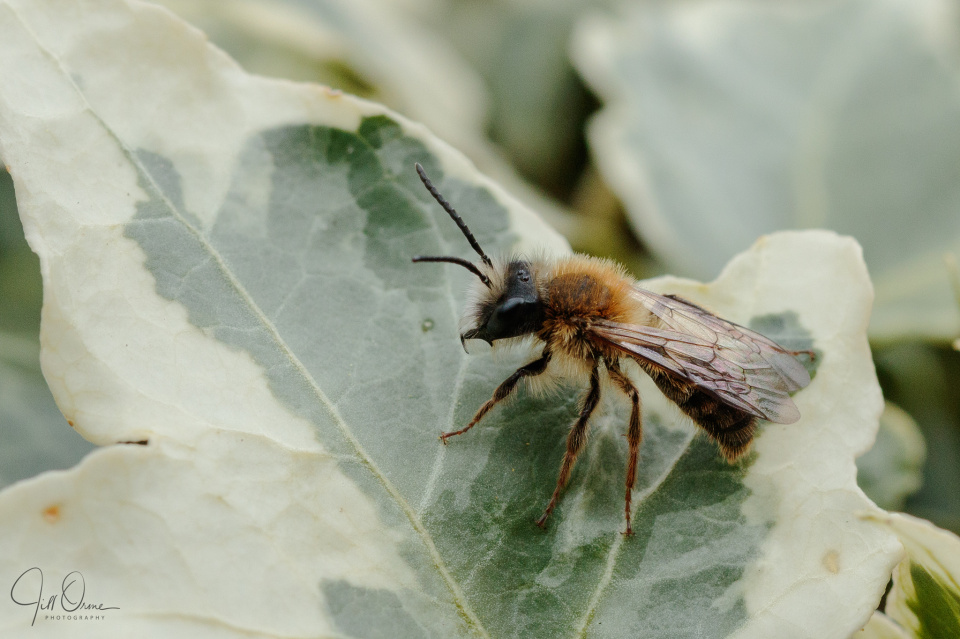 A week ago I posted a lovely female tawny mining bee, and said that the male is nondescript by comparison. And to prove it – here he is. In fact, because I had a better view of his bum than his face when I was creeping up on him, I originally misidentified him as Andrena haemorrhoa, the early mining bee. A haemorrhoa has a little tuft of red hair at the end of the abdomen, as this specimen appears to do, but another user of the BWARS group on Facebook pointed out to me that his jaw is too prominent for that species. The clincher is that segment 3 of his antennae – that is, the first one after the little knobbly one, is twice as long as segment 4; this, combined with his jaw, makes him tawny rather than early.

I’m sure you’re relieved that I’ve sorted all of that out – you’ll sleep more peacefully now.

In what passes for other news, I made some bread today (accruing valuable Wife Points), and another batch of my immunity booster. I also put together a photo competition entry, though I have my doubts as to whether it will arrive in time: it had to be mailed in on a CD, and when I dropped the envelope in the post box on my two-circuit yomp around the village, it sounded unusually full. Admittedly we only have one collection a day, but I haven’t seen the post van recently and I wonder, what with one thing and another, whether our mail is being collected at the moment.

The tiny chap looks better large, if you have the time.