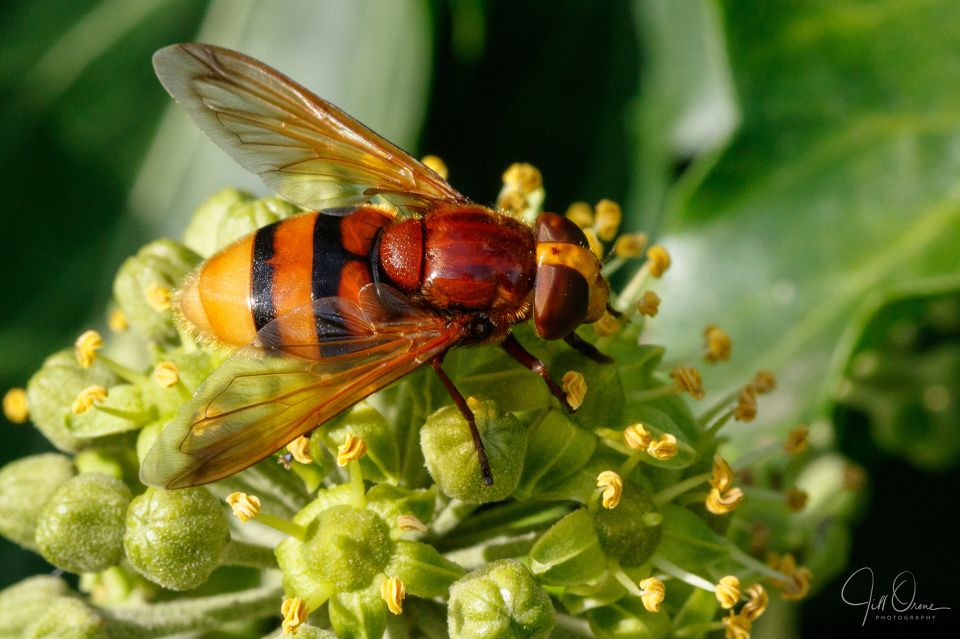 This is probably my favourite hoverfly – which is unfortunate, because I’m definitely not her favourite photographer. Unrequited love is such a drag.

Given their spectacular looks, Volucella zonaria should be used to getting lots of attention, but they absolutely hate it – maybe a race memory tells them that while their rather good impersonation of a hornet might stand them in good stead where other insects are concerned, it makes a certain kind of human scream and reach for a rolled-up newspaper. So it took me several attempts to get this close to this female; all my previous approaches – however stealthy I believed them to be – caused her to have an immediate fit of the vapours and disappear over the hedge. In the end I think she was so high on sugar that she was simply beyond caring. 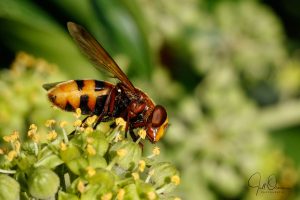 My ‘O’ level Latin dictionary suggests that ‘zonaria’ means belted or girdled, which is fair enough – and certainly better than ‘inanis’, the name bestowed on the slightly smaller cousin of V. zonaria, apparently by someone who thought it was worthless. Rather harsh, I’d say. Both species lay their eggs either in or on wasps’ and hornets’ nests – my sources are all vague on that point – and the larvae develop on the floor of the nests as scavengers, and possibly predators of some host grubs. This apparently high-risk lifestyle is tolerated by the hosts because the hoverfly larvae keep the nest clean and free of disease. When the nest is abandoned in the autumn, the V. zonaria larvae pupate, and by the time they emerge the following spring they’ve forgotten their wild and crazy youth and turned into the soppy great cowards I know and love.