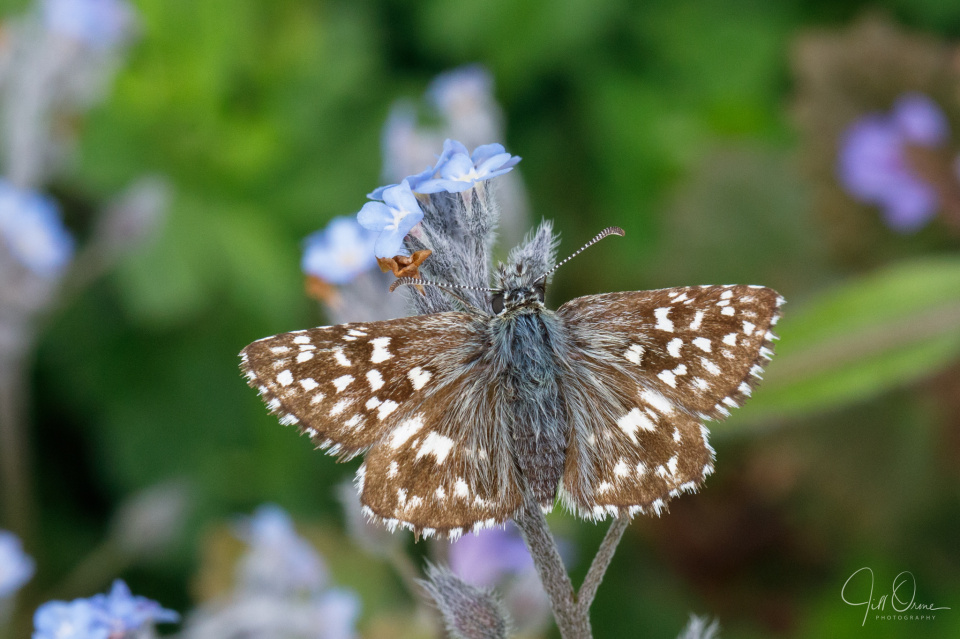 It’s four years since I last photographed a Grizzled Skipper, and it was nice to see them again this morning, though they were living up to their name and being pretty skippy. Of the three I managed to capture on camera, the first was very fresh and dark but wouldn’t allow me anywhere near it, and the second was torpid but quite tattered. This specimen, though far from fresh, seemed to be ageing rather gracefully, and was by far the most cooperative of the three, allowing me to get right in close with the macro – so not skippy in this case, but definitely fairly grizzled.

Thanks go to R for his company on this trip, to a strange and rather desolate little site where I don’t feel wholly comfortable being on my own, and for his excellent searching and spotting skills. Having watched me performing what I tend to think of as ‘insect photography tai chi’ to get this image – that is, edging forward very slowly, and then leaning in over the butterfly at a glacial rate, so as not to scare it into flight – he commented, “I’m not surprised you’re having problems with your back.”

I’ve just added a few photos from yesterday’s trip to Prestbury Hill to my Facebook page, if you’d care to see them.