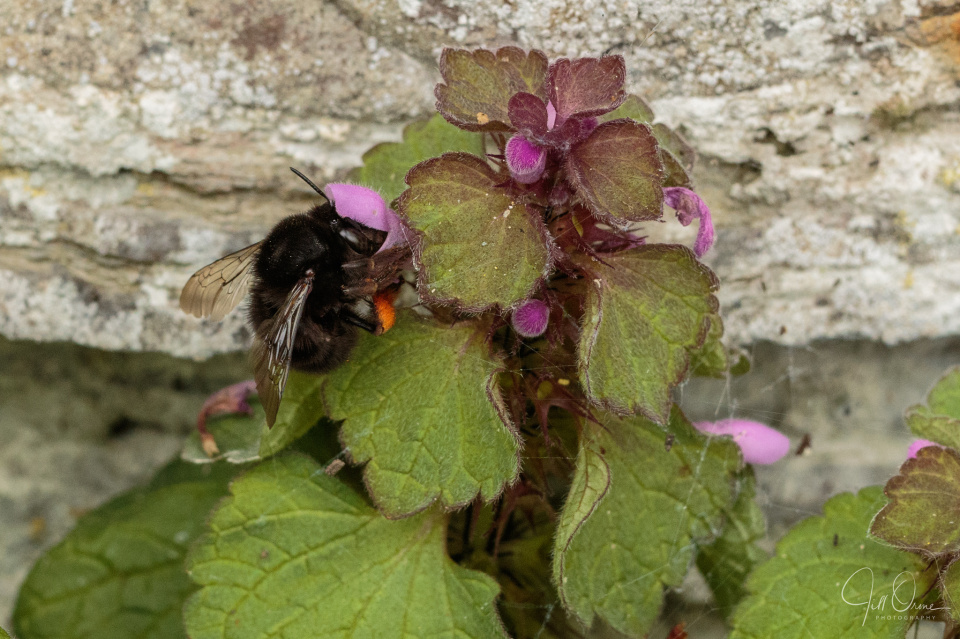 After yesterday’s warm afternoon I’d been hopeful that today would bring the start of the dragon season, but it wasn’t to be: much of the day was dark, murky and drizzly, though it did cheer up a little towards the end of the day. This is a female hairy-footed flower bee, foraging to provision her nest; I spotted her on the dead-nettle growing out of a neighbour’s garden wall when I was out for a walk this afternoon, and liked the contrast of colours and textures in the shot.

She does have ginger knees – or more accurately hind tibiae – but they’re not usually as bright as this, and I think she may have enhanced them with some orange pollen, probably collected from hedgerow blossom. She also looks as though she may be carrying a couple of mites, which is very common with bumblebees, but something I don’t remember seeing on plumpies before. If they are mites they’re unlikely to do her any harm; they scavenge for debris on the floor of bee nests, and use the bees as free transport to move from place to place.