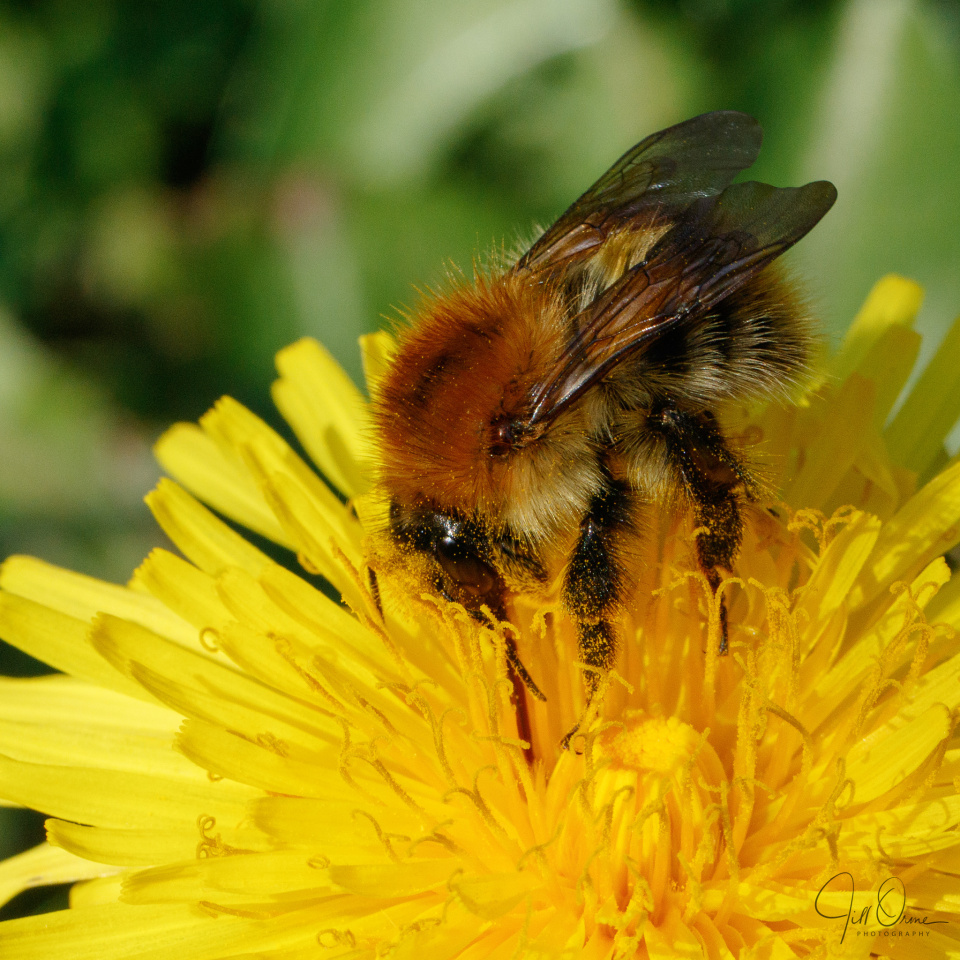 I spent much of the day dipping in and out of an on line Royal Photographic Society Nature Group Advisory Day for potential ARPS and FRPS panels, which – unlike the last one, which I enjoyed – left me feeling irritable and disheartened. Enough said, probably.

A bit of a family crisis also arose – not in the Shire, but over in Wales – which R and I weren’t able to help with remotely, but which occupied quite a lot of our available emotional and communication bandwidth over the course of the day.

So, what with one thing and another, it was well into the afternoon when I finally headed out into the garden to take some photos, and I wasn’t in the mindful state that I generally aim for when hunting inverts. Nonetheless I had some successes, including bagging a new hoverfly (Eupeodes latifasciatus), and spotting my first Melecta albifrons and first Andrena haemorrhoa of the season.

I was down at the far end of the wild garden, in the dappled shade of the large trees that line the brook, when I saw this beautiful Bombus pascuorum queen gorging on dandelion nectar. She was on such a sugar high she was oblivious to my presence, and I was able to kneel down next to the dandelion clump and move in really close with the macro, without disturbing her at all. Common carders have only begun to appear here over the last two days, as the queens emerge from hibernation and begin to look for suitable sites for their nests, and I happily grabbed the chance to spend a few minutes in the company of one of my favourite species of bee.