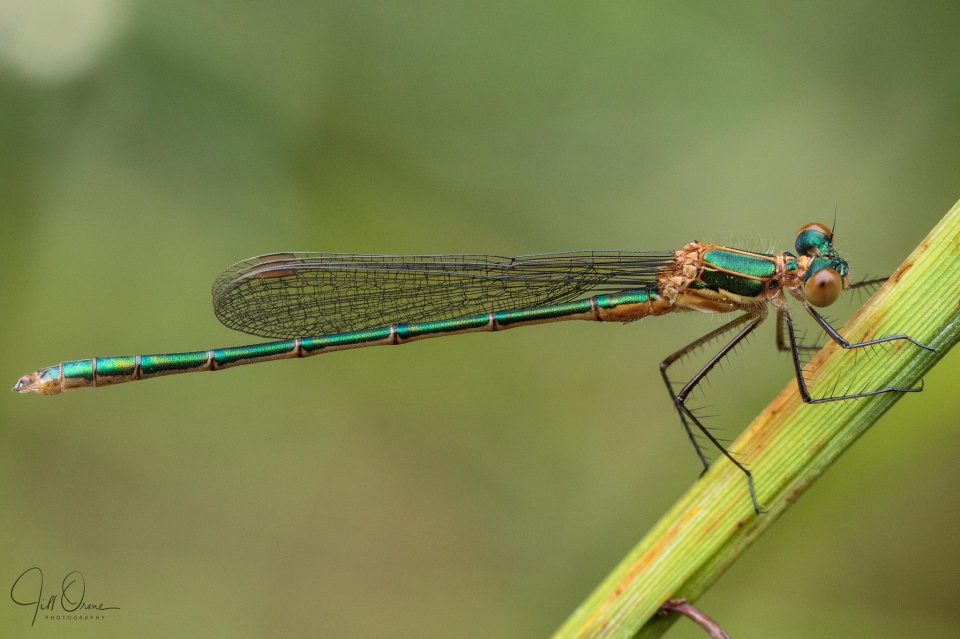 As I’m still really not well I took a very slow run at the day, but around lunch time decided that as I was approximately vertical I might as well go out. Because fresh air. And photos. Trench Wood isn’t all that far, by the standards of these things (most places that I might want to go are at least three quarters of an hour from here), so I set off, only to have it start raining when I was about half way there. I thought of turning back, but felt that I was driving towards brighter sky, so pressed on. When I arrived and began walking it wasn’t raining, but within five minutes it was – but only gently, and it wasn’t cold, so I kept going, and fairly soon it stopped again. The benefit was that the reserve was gloriously deserted, but the down side was that most of the wildlife was also sitting at home, watching Pointless and doing the crossword – so there weren’t all that many photo opportunities. But you only need one, right? And I was determined that by now there had to be Emerald Damselflies out at the pond, so I headed over there and quickly found about half a dozen very fresh ones.

The colouring of immature male and female EDFs is similar, but the anal appendages (You! See me afterwards!) show that this is a male: what you can see at the end of the abdomen are the paired claspers by which he will grasp the pronotum of a female to initiate copulation. A female would have a thicker abdomen than this (don’t we all), and her ovipositor would be visible as an extra thickening below the final two segments. Females keep this kind of colouring, though it darkens and dulls down over time, but this male will develop blue eyes, and a blue pruinescence over the top and bottom ends of his abdomen and his pronotum (that is, the section between his head and his thorax). I think there’s a hint of blue showing already at the end of his abdomen.

EDFs are very common and widespread. They like ponds, canals, and ditches with lots of vegetation along the edges, and in my experience don’t tend to stray far from the water, unlike most other damselflies. Females oviposit directly into vegetation, and though I’ve never seen this it’s said that they often submerge themselves completely as they follow a leaf or stem downwards into the water; one of my books says that if the male keeps hold of the female during oviposition he may submerge as well. The eggs all hatch during the following April, followed by a larval sequence lasting two to three months.

In Europe the emerald damselfly species are known as spreadwings, because they tend to rest with their wings out at an angle – but all the ones I photographed today closed their wings when they realised that something was stalking them.