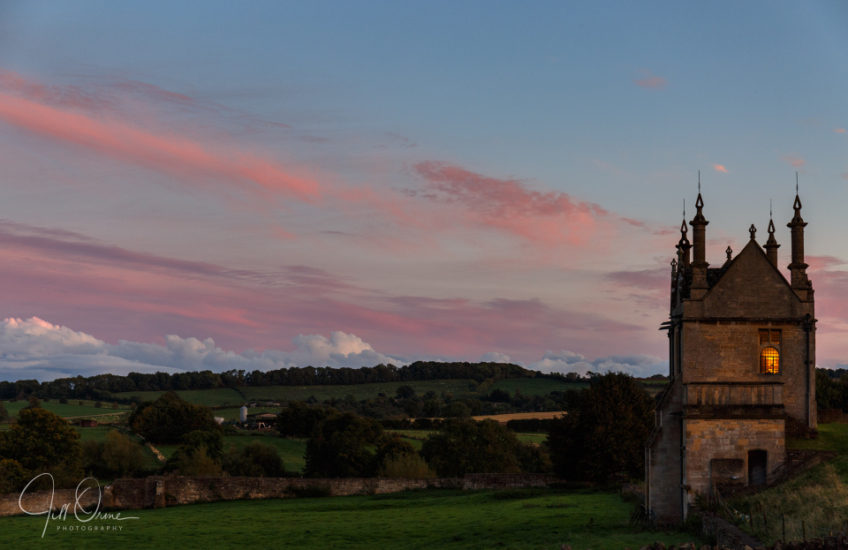 I know – I’ve posted this building before. But it’s irresistible, isn’t it? Don’t you want to be in that room? Just the thought of it makes me go a bit mushy. This is what the inside of it looks like in daylight.

I spent this morning continuing to clear up the fall-out from yesterday’s computer problem, on the promise that R and I would relieve the tedium by going down to Chipping Campden for coffee (but definitely not cake) this afternoon. Around lunch time it began to rain, and made it clear that it intended to carry on doing it – quite hard – for the next several hours. The thought of coffee (though definitely not cake) became less enticing, and in the end we gave up on the plan and stayed in.

The weather finally cleared around dinner time, after which, as we were distinctly stir-crazy by now, we both headed off out – R went for a brisk walk to appease the Fitbit, and I zoomed off to Campden in the hope of evening light. As you can see, I found some: I was facing more or less south-eastwards when I took this, and that lovely colour is a reflection of the sunset that was going on to my right. I have quite a few more images, and it’s possible that I may even get round to processing them at some stage; if so, I’ll post a few to Facebook.