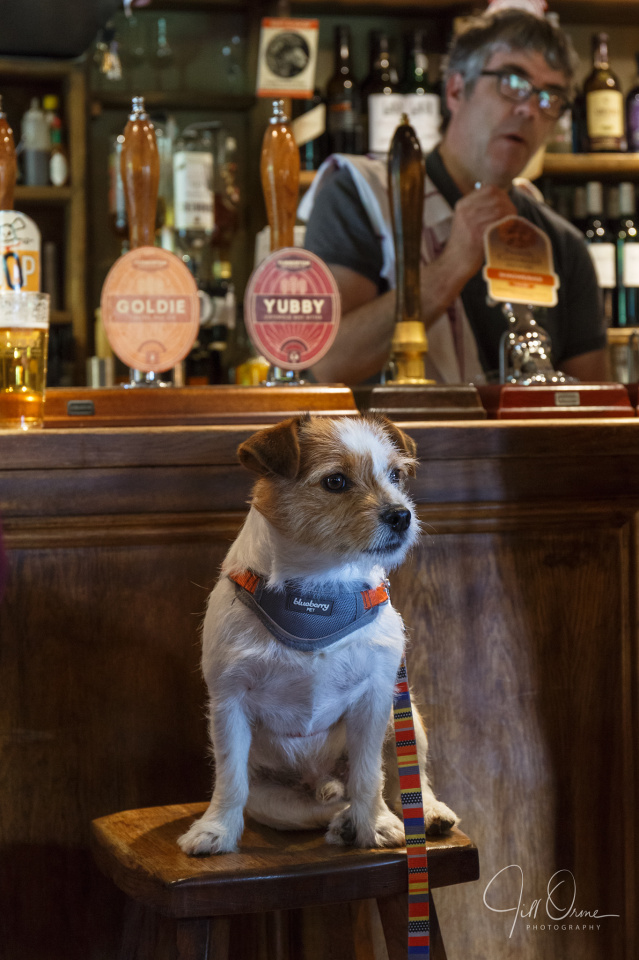 It having been a looooong week, R and I went out for an unwinding-type lunch today, and decided to try The Ebrington Arms, a place we’d never visited before. People who know me well may be surprised that I would ever choose to go to a pub, because I almost never do – my parents having been publicans, I spent far too much time in my youth on the wrong side of bars, and by the time they sold up and retired I’d happily never have seen the inside of another pub for the rest of my life. But The Ebrington Arms is so garnered with laurels, including awards for its food, that it has managed to set even my pub-phobic antennae quivering, and I have to say that I was pretty impressed with the place.

I can tell you with some authority that running a successful village pub is not an easy proposition: few villages these days have enough regular drinkers in them to keep a pub profitable on wet sales alone, and the – entirely reasonable – drink-drive laws discourage people from driving somewhere to drink, however nice the place might be. In order for food be profitable you have to be turning over a lot of it, which necessitates drawing in people from a reasonable radius, and to keep those people loyal enough to choose you over all the other available options your standards have to be pretty high. Pulling in a load of outsiders can create tensions with the locals – especially if a situation arises (as in Ebrington) in which the entire village becomes your overflow car park – and you need to keep the locals happy, for times when visitors are few and far between. It seemed to me that the owners here are managing to pull off this difficult trick: the bar was busy, and many of the people in it seemed to be regulars, but there were also a lot of people like R and me, drawn in for lunch by the pub’s reputation; and most importantly, the food was very good. I’m not a beer drinker, but if I was I’d have been interested to try one of the craft beers which the owners brew and serve.

Eddie came in with his Mum, but he seemed a little distrait at the number of feet all around him, so she picked him up and popped him on this bar stool, where he reminded me quite a lot of the John Smith’s dog. He was happy to pose for photos, and when I went over to stroke him I was completely charmed by the fact that he has a perfect little mohawk along the centre of his nose. There’s a little set of shots of Eddie here.

Oh, by the way – just in case you visit, and don’t want to sound like a townie: Ebrington is pronounced “Yubberton” around these parts. Hence one of the beers being called Yubby.