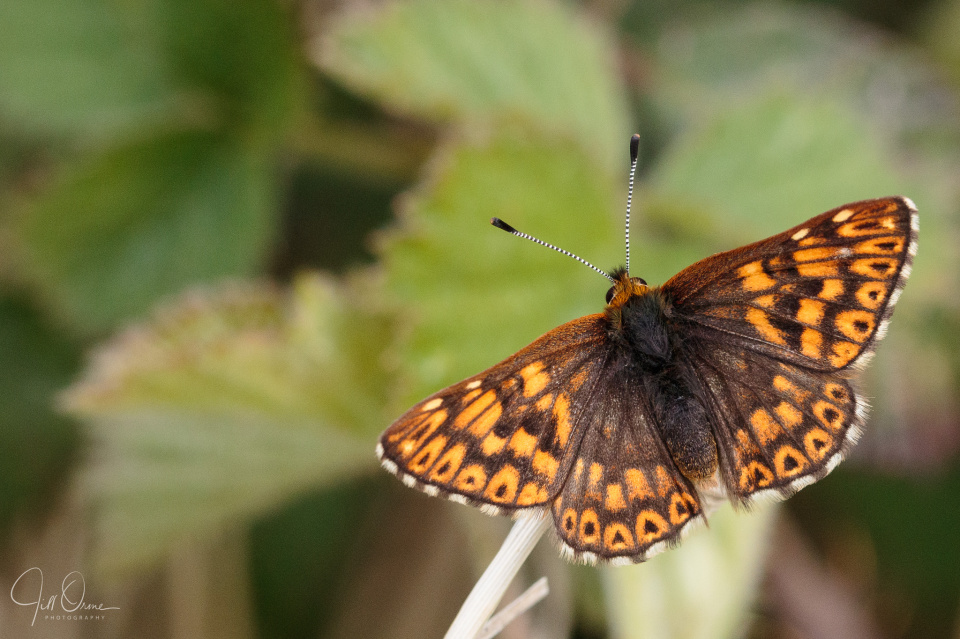 Child One has now finished animating her film, and has promptly switched all the energy that has been going into work towards planning for The Wedding. As we’re not a family much given to phoning each other, the three long conversations she and I have had over the course of today have been a notable event, and have made me realise that the calm of the last few months has lulled me into a false sense of security. Things are clearly now Getting Serious, and it’s time for me to up my Mother of the Bride game. So lists are being made, and things are being added faster than they’re being crossed off; and consequently my anxiety level has started to rise.

In between discussions with the Bride-to-Be, helping R with his speech (whether he wanted that help or not) and spending quite a lot of time sorting out some family photos to be taken over to Wales, I managed a couple of hours this afternoon at Prestbury Hill. Almost as soon as I set foot on the reserve I bumped into the chap I met there three weeks ago, on the day I first saw the Green Hairstreaks. This time we introduced ourselves – and it turned out that we already follow each other on Twitter, which was amusing and rather nice. He’d just finished a butterfly transect, and read off his list to me, so that I knew what to look out for.

My count was slightly different to his, in that I couldn’t find the Small Copper he had seen, but I did come up with a couple of things he hadn’t listed. I found:

– which I think is reasonable for the first week of May. I also found several specimens of a small moth I haven’t managed to identify (though I’m confident that someone in the Facebook moth group will be able to); and though I didn’t manage to catch up with one I’m almost sure that the Burnet moths are beginning to emerge.

I’ve chosen to feature a Duke of Burgundy because they’re relatively rare, and in the few places where they are found they have a very short season – so it’s a genuine treat to see one. This species has suffered a severe decline because of its habitat requirements; it’s found in chalky grassland and woodland areas, but its larvae feed on cowslips and primroses, which can be damaged if grassland is overgrazed, or if the undergrowth in woodland areas becomes too dense, as tends to happen when woodland is no longer coppiced. Adult butterflies feed on a range of flowers, but don’t spend much time nectaring; males are territorial and spend much of their time looking for females, while females that have mated mainly concentrate on egg-laying. I think that this is a female, though I can’t be absolutely sure because the sexes are fairly similar. 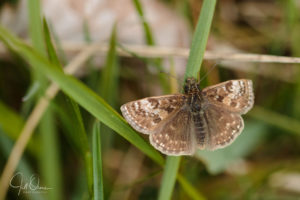 My extra is a Dingy Skipper, a rather pretty little butterfly whose name really doesn’t do it justice. This is quite a common species, though it’s easily overlooked because it’s small, and its patterning camouflages it quite effectively against dried vegetation. Interestingly it prefers to nectar on yellow flowers, and today I found several specimens feeding on dandelions.