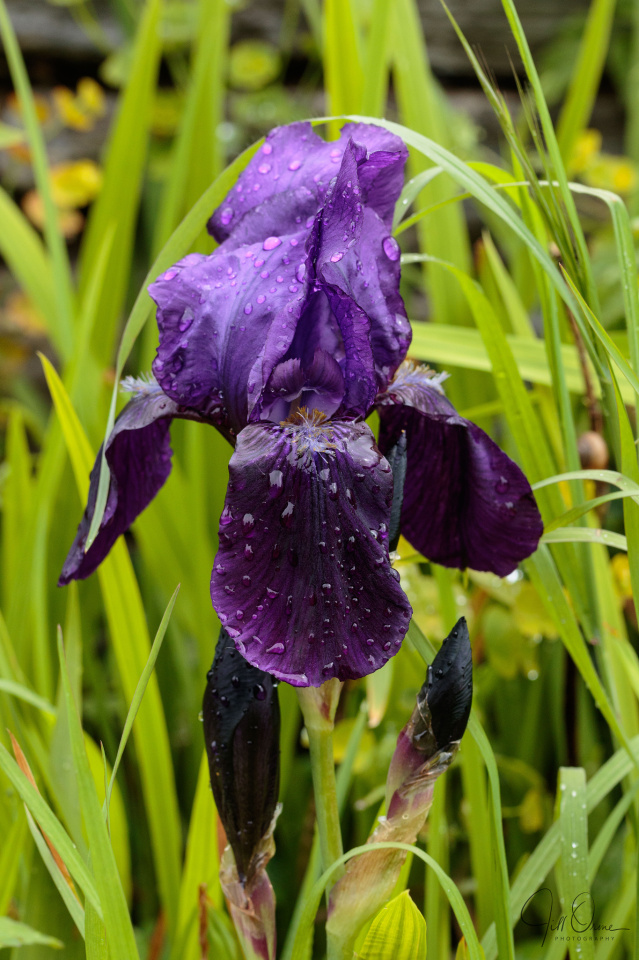 I do like a wet iris, and this one was a welcome sight today, when I took a break from my do-to list and scuttled around the garden with the macro, because I was trying to avoid a lengthy photo shoot that would leave me with a lot of processing to do this evening.

It had been raining all morning, and rained again shortly after this, so I timed my scuttle well: the light wasn’t too bad, and as it was quite warm the steamy atmosphere had rapidly brought out some insects. There were two female plumpies browsing the flowers of a cerinthe, moving quite slowly and apparently just feeding, rather than foraging, so I fear that they may be coming to the end of their lives. It’s over a week since I last saw a male, and though these bees can surprise you by reappearing just when you’d given up on them, it does feel as though the plumpie season is coming to a close for this year – something that always makes me sad, because they’re one of my favourite bees. I’ve posted a shot of one of today’s to Facebook, if you’d like to see her.

The most exciting thing that happened to me today was hearing and then seeing a pair of peregrine falcons, which seemed to be yelling at their offspring. As you do.