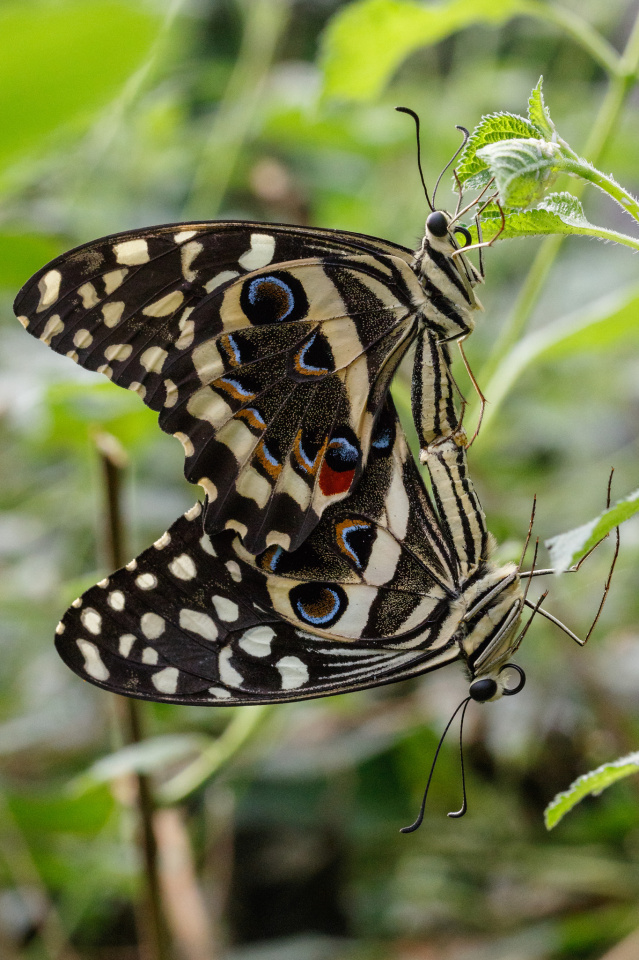 We’re having a moment here.

Actually, it wasn’t a moment – they were still coupled when I went past them again half an hour later. I’m not certain what they are – their markings resemble photos I have of the Emperor Swallowtail (Papilio ophidicephalus) which is a large butterfly from sub-Saharan Africa, but many tropical species are quite similar, and surprisingly variable. You’ve probably guessed that I decided to spend an hour in the middle of the day at Stratford Butterfly Farm, putting the 7D through its macro paces; again I was pretty pleased with its performance, though I think I still have a lot to learn to get the absolute best out of it.

Following my butterfly shoot I walked over the Old Tramway Bridge into the centre of Stratford to grab a coffee and go to the bank, and as I walked along the edge of the Bancroft Basin I took what is actually my favourite photo of the day, which I’ve put in as an extra. It was about 2pm and the conditions were quite spring-like, but it must have been a very cold night last night, because there was still a thin layer of ice on the Basin; and a pair of swans were deliberately breaking it to clear a path through – one of them would swim to the edge of the ice sheet, lift itself slightly out of the water and then drop its breast down onto the ice, which would fracture under the weight, and then it would move forward to the new edge and do the same thing again. I watched this behaviour for several minutes, fascinated because I’d never seen anything quite like it before, and in that time they opened up about twenty metres of clear water for themselves. When I first saw them the pen was doing the work with the cob following behind her, but then they paused for a minute, changed places, and the cob took the lead – which is what my photo shows. 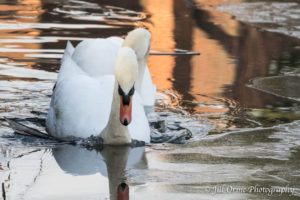 EDIT Friday 27th Jan: Stratford Butterfly Farm has now told me that these are Citrus Swallowtails, which are native to the Philippines.