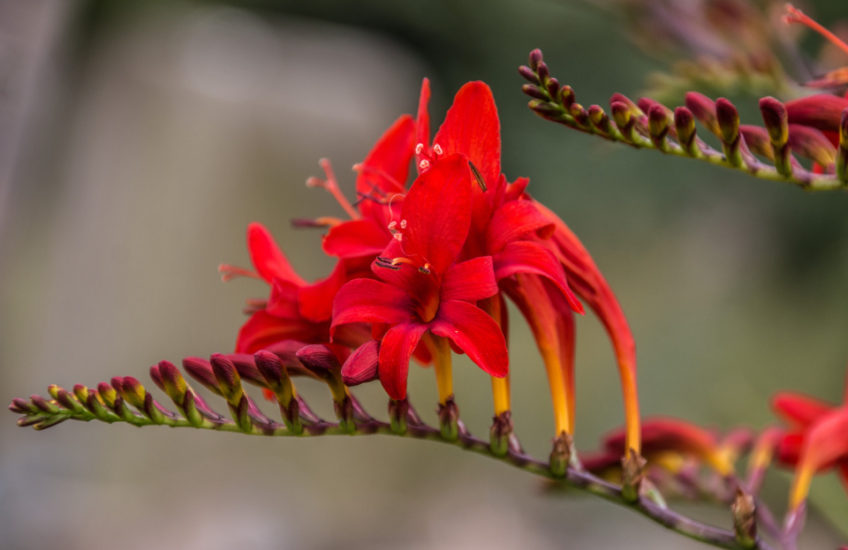 This is crocosmia ‘Lucifer’ – I think it’s called that because the pain of trying to bring a photo of it within a usable dynamic range feels like being stabbed in the eye with a pitchfork.

Reasons to be cheerful though – when I photographed this plant last year I uploaded the photos, took one look at them and threw an absolute conniption fit, thinking that something awful had happened to my camera. I probably shouldn’t even confess this, but in a flat panic I put it back to its factory settings – only to feel perhaps slightly silly when I later realised that the issue was with the light bouncing off the crocosmia, rather than with the device trying to capture that light. Duh. Today I spent about ten minutes taking a set of photos, and then a mere couple of hours tweaking and twitching in Lightroom before reaching the “that’ll do” stage – so I have learned something in the last twelve months!