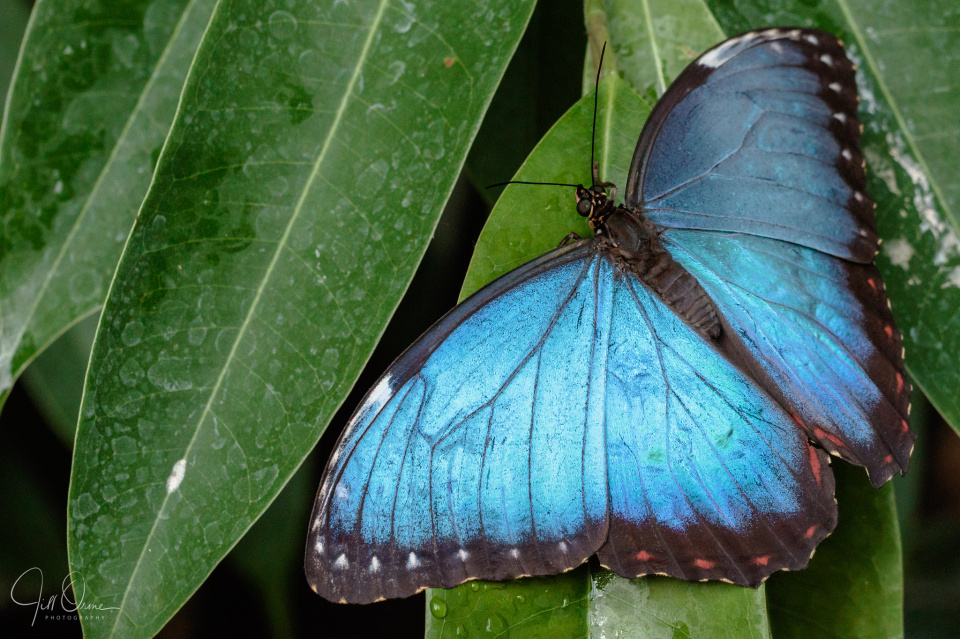 I was in Stratford again this morning to help take down the camera club exhibition, and reclaim my own prints. Enough of us turned up to make this a very efficient process, and it only took one of the three hours’ parking I’d paid for; so after a quick coffee I walked down to the Butterfly Farm to see if there was anything photogenic about.

In some ways I happened on a really good day to visit: there were no school parties in, so I didn’t have to block my ears to the noise of small children having fits of the vapours every time something flew past them, and there were some really nice butterflies in the flight area. But had I planned to go there, I’d have chosen to wear different clothes – a rainy early morning had given way to a sunny and humid day, and the main enclosure of the Butterfly Farm was like a sauna, so my outfit of jeans and a flannel shirt was highly inappropriate. Within a couple of minutes I was literally dripping into my handkerchief, and every time I walked past the koi pool I had to resist the temptation to stick my head in it to cool off. If I’m lucky my shiny crimson face won’t have been immortalised in anyone else’s photos.

I know I’ve blipped a Blue Morpho before, but I hope you won’t mind seeing another, because they’re so fabulous that I can’t resist them, and it’s not all that usual to find one in as good condition as this. This is one of the largest species of butterfly in the world, with a wing span of between five and eight inches – in other words, this specimen was about the size of my hand. The vivid blue colouring of the upper wing surface comes from reflective microscopic scales, and when it flies – and there were a lot of them flying today – the blue seems to flash. In contrast, the underwing (shown in the extra) is darkly patterned, and provides camouflage when the butterfly closes its wings. 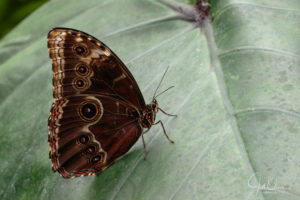 The Blue Morpho originates from the rain forests of Latin America, but is badly threatened by loss of habitat; its natural predators are birds, but sadly (I say ‘sadly’, but actually this makes me utterly furious) human specimen hunters are also a serious threat to its survival in the wild.