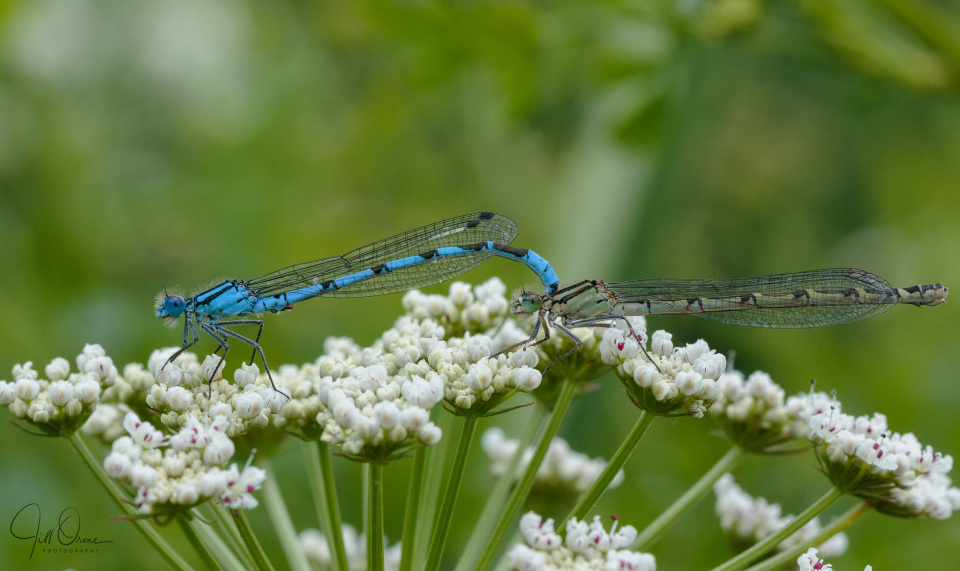 As the weather was fairly uninspiring this morning, R and I thought that we might as well run an errand, so we filled the car with the plants and trees that were used to decorate the wedding venue, and took them over to the newlyweds’ house in Cardiff. L and G are still in Monmouthshire, staying a few miles away from us on what they’re calling a minimoon, but with luck all the pots will survive till the weekend without any further attention.

We also took L’s bouquet – a wonderful creation of ranunculus, allium, nigella, fern, birch, quaking grass, and other things I’ve now forgotten, which was artfully designed to look as though she’d gone out on Sunday morning and picked it from a hedgerow. It fitted perfectly with the vintage rustic vibe of the wedding, as did the men’s buttonholes of rosemary, nigella and geum. Knowing my child, I doubt she’ll struggle to fill the copious free time she’s acquired now that the three major projects of film, house move and wedding are all completed, but I’ve hung the bouquet to dry in their kitchen in case she wants to try preserving it. I took a few photos of the bouquet myself, but I think the nicest one I’ve seen is one the florist’s Instagram feed.

R and I then went to Tredegar House, which is where my wildlife spotter found me these coupled Common Blue Damselflies. I was hoping for a Welsh dragon (natch), but sadly, no dragons were to be found. I do like the damsels – though – they’re so wonderfully hairy, and it amuses me that they look as though they’re having a chat.

By the time we got back to base I was starting to be a little sad at how few wedding photos had yet been posted. Because I shoot raw, and don’t take any editing software with me when I travel, I’ve never previously tried to get any images off the camera to post while I was away, and didn’t know if it could even be done; but a little research told me that with a 5DIV and an app from Canon it’s at least theoretically possible. So, with R’s help I set to work, and within a couple of hours I’d chosen and downloaded twenty low-res jpegs, and uploaded them to Facebook. The rest of the evening passed in a blur of pinging notification alerts, as friends and family saw the photos and responded to them; I’m not going to pretend that I didn’t feel just a little bit pleased with myself, even if I did think that I’d have made a better job of processing them than the camera did!

Many thanks to everyone who has been kind about my belated 5-year blipversary post – especially as I think we all know by now that I’m the worst blipmate in the world. You’re all very lovely people, and I don’t deserve you.