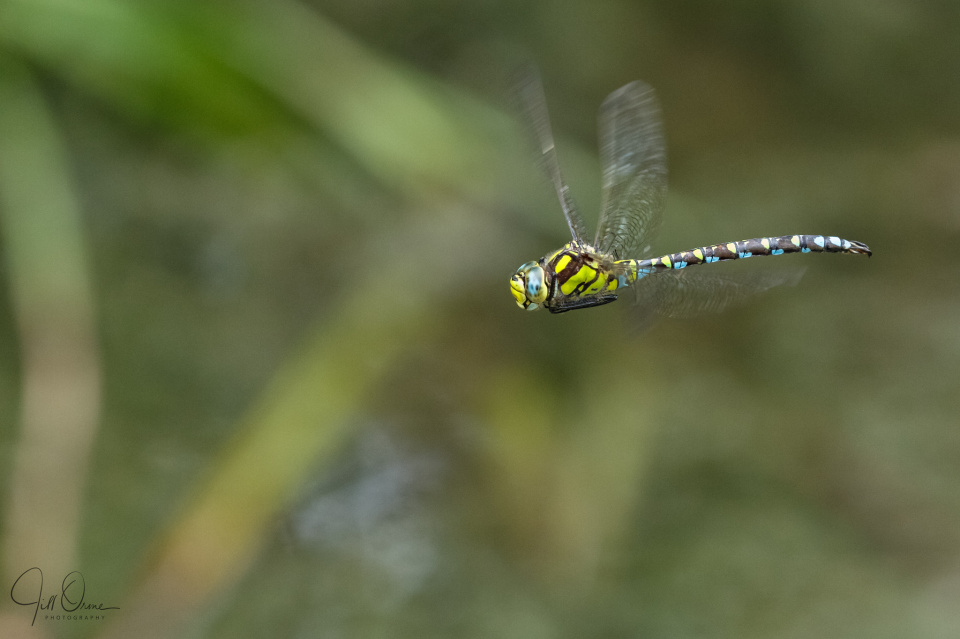 We don’t usually play Blipsnap, even when we’ve been in the same place at the same time – but a few seconds ago I saw Hillyblips’ photo from today, and I’m pretty sure she’s posted the same Southern Hawker. We met by chance at the pond in Grafton Wood this afternoon, both of us having missed by a few minutes the single Brown Hairstreak which had (allegedly) sat for an hour while upwards of a dozen photographers took her portrait.

But on the plus side, dragons.

My extra is a female of the same species, which took a liking to me as an oviposition site, despite me telling her quite robustly that she was wasting time and eggs on me. She was too close for me to use the long lens, so I put it down and picked up the macro to get this shot – after which she decided to leave my shoe and try the foam lining of my 7D camera strap instead. 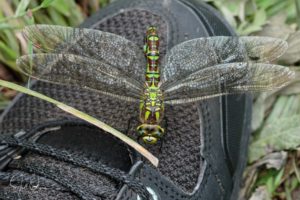 My third favourite shot of the day is of an Emerald Damselfly that was trying not to be noticed, but doing a poor job of being unobtrusive. I’ve posted that one to Facebook, if you’d like to see him.