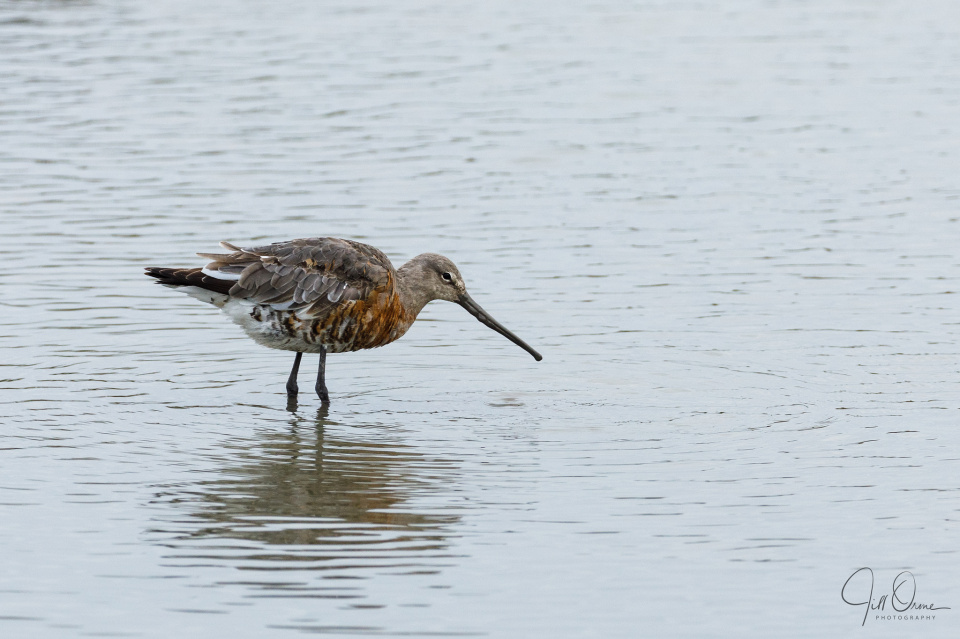 I’m getting better at this game – I looked at this bird as it stomped past the South Lake hide at Slimbridge today, and thought black-tailed godwit – which, indeed, is what it is. I can’t be sure of the sex, or whether it’s an adult or a juvenile bird, but for what it’s worth, my instinct is that it’s an adult, moving out of its breeding plumage into the drab buff they adopt over the winter. The RSPB say that the female of this species is heavier than the male, with a longer bill, though I haven’t seen that assertion anywhere else; if it’s true, this is probably a female – though it was feeding alone, which is clearly unhelpful for comparison purposes.

What’s almost certain is that it has flown into Slimbridge from Iceland, because the flocks of blackwits that overwinter in the UK breed there. Our own very small breeding population of these birds nests mainly on the marshland of East Anglia, but coming from the less hardy European sub-race of the species, they migrate south in winter to West Africa.

The very long bill of the black-tailed godwit is used to probe deep into mud or silt, or even soft soil, in search of insects, larvae, snails, and worms. They do this with a quick repetitive movement that’s been compared to a sewing machine, but reminds me more of a jackhammer.

My second-favourite shot of the day was of a smew in some almost kindly light.