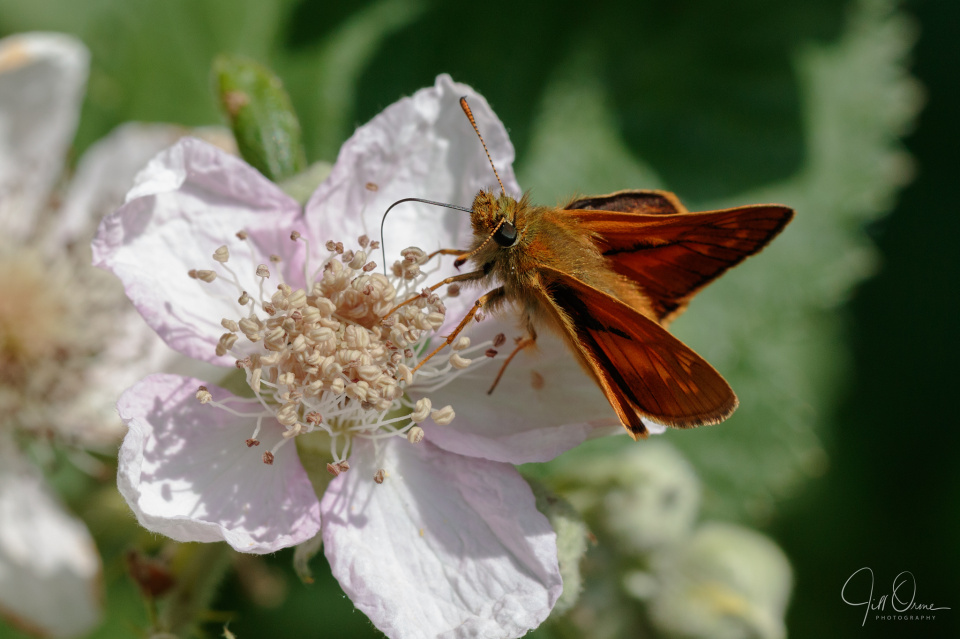 Today was pretty quiet – she said, as though every day isn’t pretty quiet at the moment. It’s reached the point at which I have to work out what day it is when I wake up each morning, and sometimes it takes me several seconds to do it. I know we’re luckier than many people, in not having to juggle work and children through this situation, but I do sometimes feel as if life is sliding away from me as I watch from the sidelines.

Anyway, after R mowed what we satirically refer to as the front lawn this afternoon, I edged it and weeded the front borders again. This is my big problem with gardening: you put in hours of effort, and make yourself really tired, and it looks great for about two days – and then it all needs doing again. (Ditto housework, though as R could confirm, I’ve resolved that issue by giving up doing any.)

As soon as I’d reclaimed the flower beds from the encroaching weeds I took the macro and went looking for subjects, and was very pleased to spot the Large Skipper again – so after relegating him to a supporting role for the past two days, I thought it was time to give him his own post. Although small he’s quite a feisty little chap, and firmly resisted being moved off his chosen flower by other insects that were also keen to browse the bramble; he did (wisely) move aside for a Bombus hypnorum, but just waited on the edge of the petal till she’d finished and moved on, and then quietly returned to his meal.

I’d like to point out here that this wasn’t taken in our garden, but in the hedgerow opposite the house. Although we do have a fairly significant bramble problem (much of the garden having been pasture not too many years ago) we try to stay on top of it, and we’d certainly speak severely to it if we found any in flower.