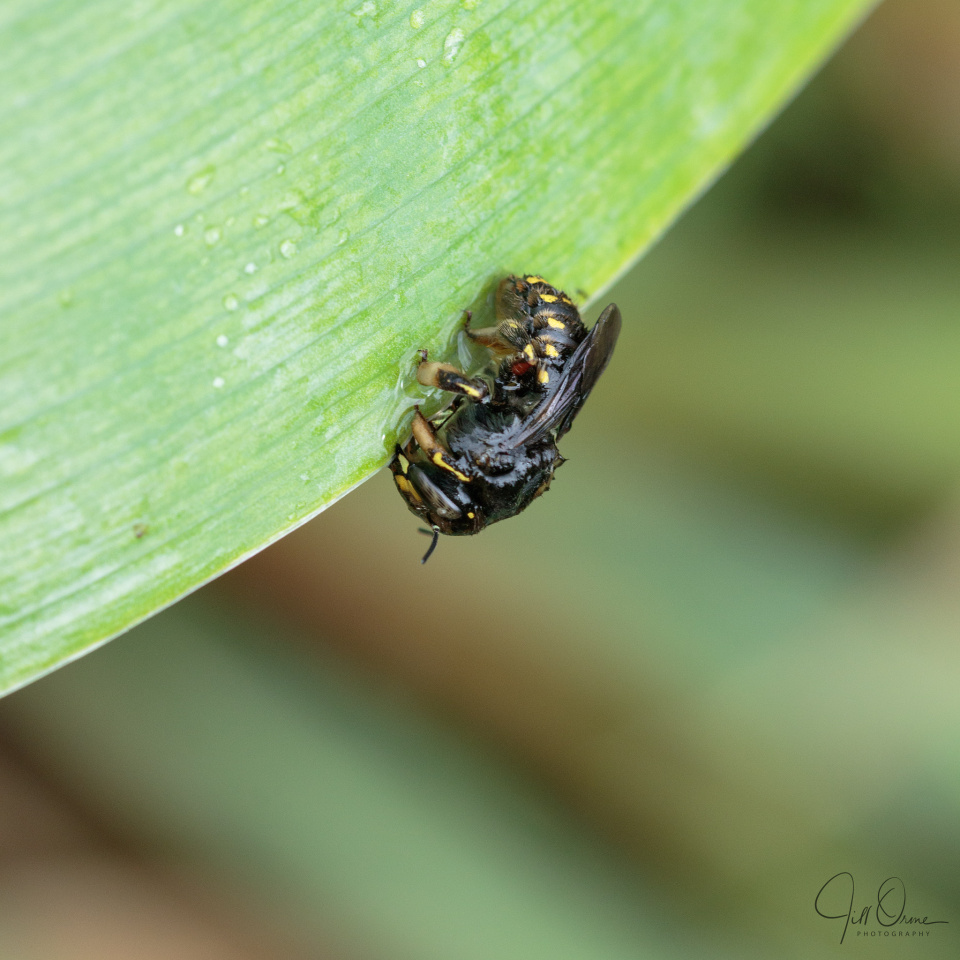 If you want to attract wool carder bees to your garden, I said, plant stachys.

So I took my own advice and planted some stachys, and tended it lovingly, and watched it thrive. And knowing that their flight time is from May to August, I’ve been waiting with bated breath since last month for a sight of a wool carder bee. And today one arrived, and I almost drowned her with the garden sprinkler.

It wasn’t, of course, in any way deliberate: I took a quick look at the stachys, as I always do, before turning the sprinkler on that section of border, and I didn’t see anything. But she must have been there somewhere, because when I came back half an hour later to move the sprinkler I immediately saw her clinging to the edge of a nearby iris leaf, and looking Not Very Pleased At All.

Naturally, I made our relationship worse by rushing off and fetching the macro, and sticking it in her face when she was upset and looking far from her best. But I then went off into the back garden, where R and I were putting up an obelisk to support a Banksia rose, and left her to recover in peace. Which she did remarkably quickly, I have to say, because when I came back to check on her about quarter of an hour later, she’d gone.

Rose tidying and garden watering completed, I spent much of the rest of the afternoon haunting the stachys in the hope of seeing her again. And I did – twice – but she appeared to be harbouring a grudge, and wouldn’t let me anywhere near her. I can only hope that she has a short memory, and doesn’t now quit our garden for a neighbour’s – I suspect there will be more clumps of stachys in this village than wool carder bees.