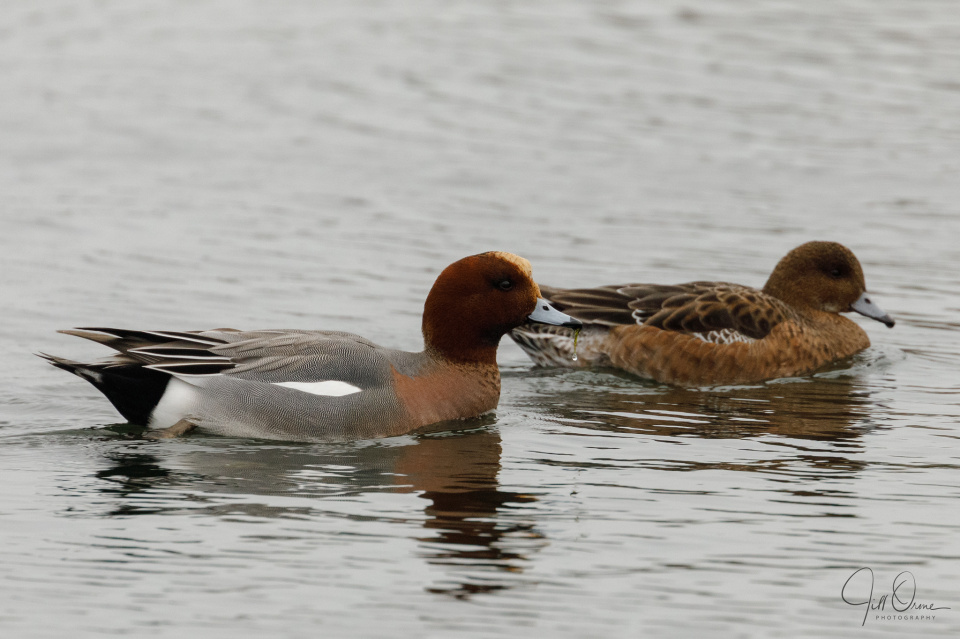 I rather like wigeon, which is fortunate because they were about the only birds within sensible range on a rather grim afternoon at Kemerton Lake. Apart from the inevitable coots, that is, but I’m not at all fond of coots because they’re so aggressive.

As you’d probably guess, the showier bird closer to the camera here is the male. The tell-tale that he’s fully mature is the flash of white on his wing; immature males look similar, but their caps (or quiffs, as I tend to think of them) are a duller blonde colour, and their wing patches are the same scaly brown as the females’. Very few wigeon breed in the UK, but in winter we host upward of half a million birds from Iceland, Scandinavia and Russia. Even before I reached the lake I knew that there must be a good many wigeon there, because the rather irritating call of the males carries quite a long way; you can play it on the RSPB page if you don’t already know it.

I’d been hoping to be able to photograph some little grebes today, because this is a very good site for them, and they will often fish right in front of the hide, but the ones I did see were all too far away for photos, and the few that were calling close by were all hidden within a reed bed.