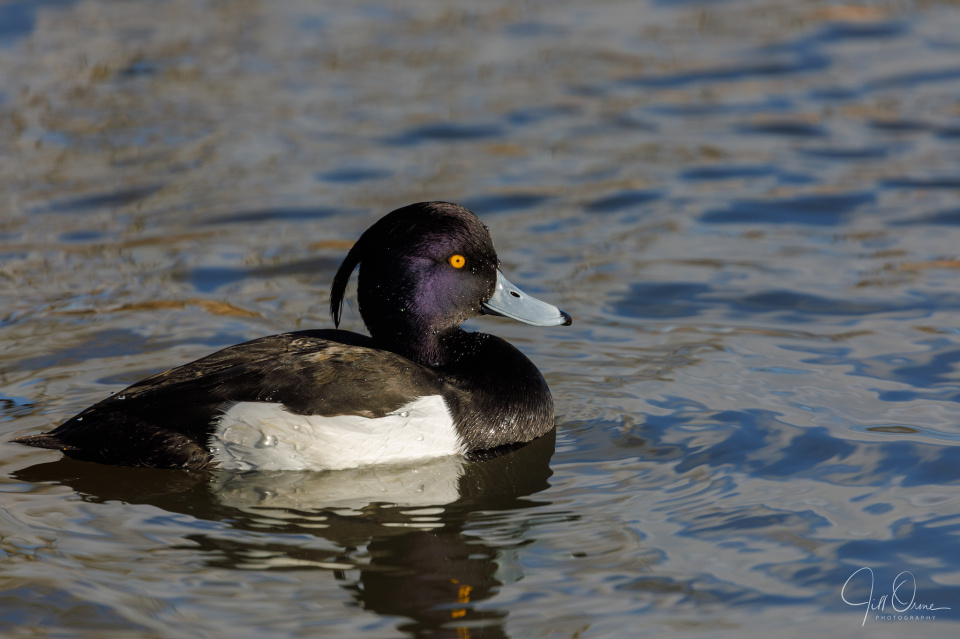 I thought, I can’t post another tufted duck! – and then realised that I haven’t blipped one since New Year’s Eve. And as I doubt they’ll be gracing their winter quarters for much longer, I decided that you probably wouldn’t mind seeing another. I’m fairly sure that there are already fewer on the Stratford stretch of the Avon than there were last month – and conversely, I feel as though I’m seeing more of them at some of the nature reserves I visit, where they’re generally much shyer and harder to photograph than they are on the river. I know that they’ll be back next winter, but I’ll still miss them when they all disappear from here.

When we arrived in Stratford at lunch time today the light was lovely, as you can see, but it was bitingly cold, and by the time we left, a couple of hours later, even the nice light had gone because a thick bank of threatening cloud was building in the west. So it was lucky that I caught my duck on the way into town, and didn’t wait to walk the river until after our errands. I have several photos of this individual, and it’s only in the last one of the series that he’s wet; I was a little puzzled when I uploaded it, because I knew he’d just been floating about chilling, and hadn’t been diving for food – but then I remembered that he’d had to submerge to avoid being dive-bombed by a black-headed gull, and I took this just after he bobbed up again. It will look better full-screen, I think, if you have the time to check it out.

Over on my Facebook page is R’s second favourite shot of the day: a robin that I photographed in the church yard of Holy Trinity, having a singing competition with a rival. I caught the other competitor too, but he was skulking in deep shade, on top of a grave stone in the shadow of a yew tree, and therefore wasn’t as photogenic.