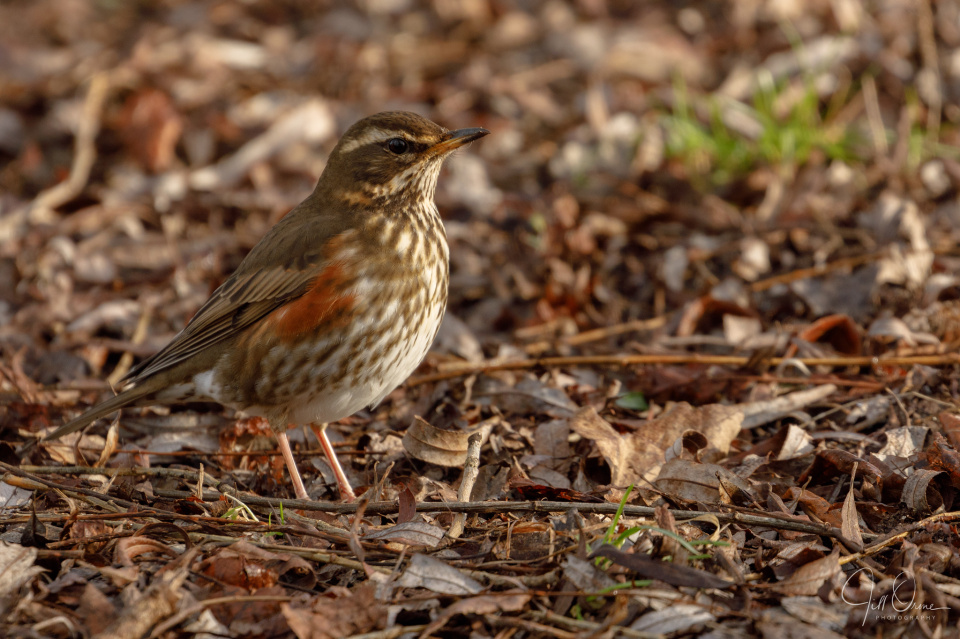 Went to Stratford.
Walked along the river and photographed some redwings.
Bought ear drops to try to remedy the sudden blocking of both ears.
Had coffee with R.
Got interviewed by Channel 5 News about Brexit.
Went to the bank.
Came home.

Channel 5 News had a reporter and a cameraman in Stratford today – on account of it having voted 52/48 for Brexit back in the heady, innocent days of 2016 – to ask how people are feeling about the whole shebang now. R and I happened to be in Boston Tea Party when they were doing the rounds, and I happened to catch the reporter’s eye. I then nominated R to speak, on account of him being less likely to swear or cry than me, but in the end we were both interviewed.

I made a point of not watching the C5 news bulletin this evening, because in the unlikely event that they’d included me, I really didn’t want to see it. A long time ago, in a galaxy far, far away, I was regarded in The Shire as a bit of an authority on something, and was interviewed a handful of times by local print and broadcast media; even reading my words in print made me squirm, and listening to the recording of a radio interview would have me curling into a foetal position – so I certainly did not want to see my elderly face on screen. R is made of sterner stuff than me though, and he was able to report that we’d both made the cutting room floor.

I wasn’t even slightly annoyed about my bit, but I was cross that they didn’t use his because he spoke cogently and persuasively in favour of a People’s Vote. Perhaps cogent and persuasive is not what’s required for a vox pop…?

This evening we’ve been to The Regal to see Colette. I thoroughly enjoyed it: it was the most mature and nuanced performance I’ve ever seen from Ikea (though I’m still itching to get hold of the girl and sort out her posture), and Dominic West was excellent. Good supporting cast, fab sets and costumes – my enjoyment was only marred by the chap at the next sofa humming along with the score even though he didn’t know it. Assuming you can escape that mild torture, I recommend it.