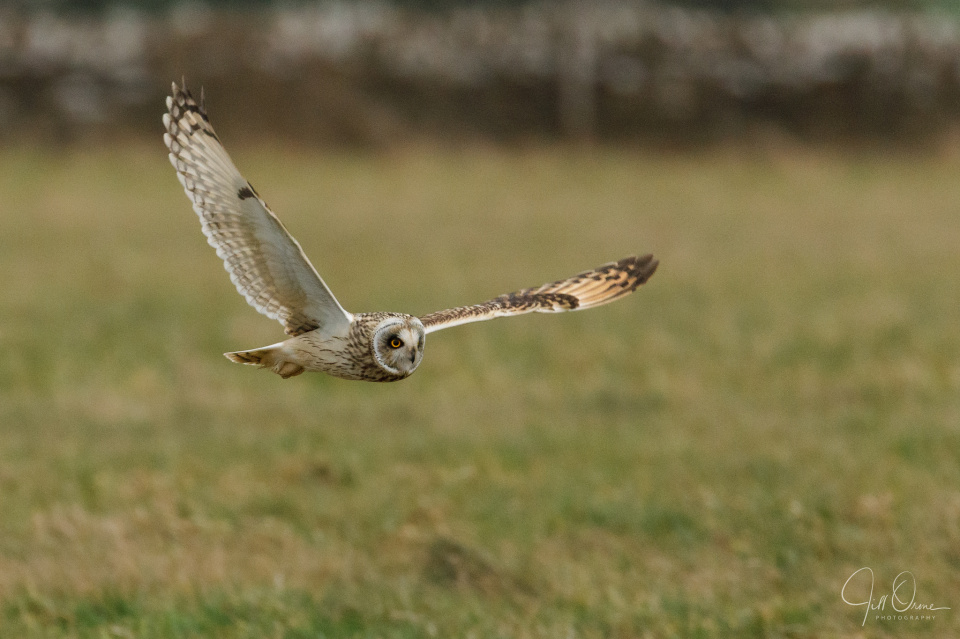 The weather having turned out to be better than forecast, I found myself leaving my tax return for yet another day, and heading up to the owl field. When I arrived it was very pleasant, and the light was good. I had the unexpected pleasure of watching a three-way tussle between a short-eared owl, a hen harrier and a kestrel over the vole the owl was carrying – and I got the shots, but it all happened at a great distance, and the images are so heavily cropped that they’re probably of no interest to anyone other than me.

Just after the light went sour, Hillyblips arrived, and after some havering we decided to try our luck on the north side of the field, where it appeared to be a little brighter. Quite often when you make a decision like this, you end up regretting it when you discover later that all the day’s activity took place right in front of the pole position you’d abandoned, and everyone but you got great shots – but today luck was with us. Even as we were arriving this lovely pale owl flew past, having us scrambling to sort out our gear, and over the next hour we had plenty of opportunities to get good photos, with three owls showing at various points. We also had a close encounter with a young roe buck, though by then it was quite dark, and most of my photos of him will need to be trashed.

I think HB’s shot is the pick of the day – I missed it because I’d lost focus at the point when the owl turned, so it was generous of me not to kick her tripod over, I think – but I’m pretty satisfied with this, and I have a good few other keepers. My extra today shows the twist a short-eared owl does to reposition itself in order to stoop onto its prey. I’m pretty happy with that one too, and I’d love it if you had the chance to check them both out full-screen. 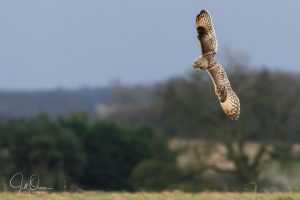