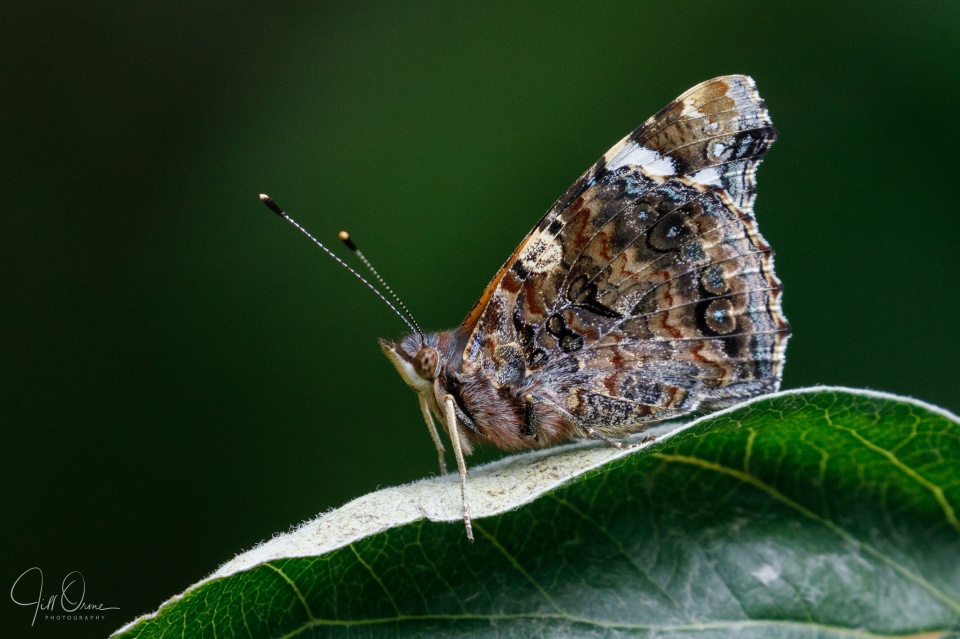 This is the Red Admiral who’s in charge of our wild garden. I’m not sure where he spends the early part of each day, but somewhere between 4pm and 5pm every afternoon he turns up and begins expelling undesirables from his territory.

The list of undesirables begins with other Red Admirals, proceeds through male representatives of all other species of butterfly, and encompasses bees, wasps, and flies (various). My name is also listed – he usually just flies at and around me to make his feelings known, but the other afternoon when I was reading by the pond and he must have felt (correctly) that I was ignoring him, he began repeatedly landing on me, with a surprising amount of force for someone so small. This afternoon I thought he might have made a terminal error when he took on a Southern Hawker, but luckily for him the dragon was very fresh and still slightly bemused by his new life, and the two of them veered away from each other with no injury on either side. 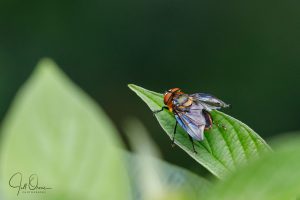 My extra today is a tachinid fly called Phasia hemiptera, which I spotted on the dogwood at lunch time. I’d never seen one before, but having guessed that it was a tachinid it didn’t take me long to identify it, and then to have the ID confirmed by the Diptera group on Facebook. Tachinids are parasitic, and the eggs of Phasia hemiptera are laid on shieldbugs, with the larvae developing inside the bugs until they eventually kill them. This particular fly won’t be laying any eggs though, because it’s a male; the females have even bigger eyes than this, and their wings are unpatterned.

Lockdown Family Film Club this evening was Marriage Story – R’s and my choice, I’m sorry to say, so apologies will be issued to the younger generation when we all Zoom tomorrow. It’s not that it was bad, though you’d have to have a greater tolerance than I have for Scarlett Johansson not to want to hit her in the face with a skillet through most of it – but it didn’t teach me anything I wanted to learn, and I’ve had more entertainment out of a trip to the dentist. I managed to pace myself through an interminable 2 hours and 17 minutes with just two glasses of wine, but by the courtroom scene I could have done with a bottle of brandy and a straw.