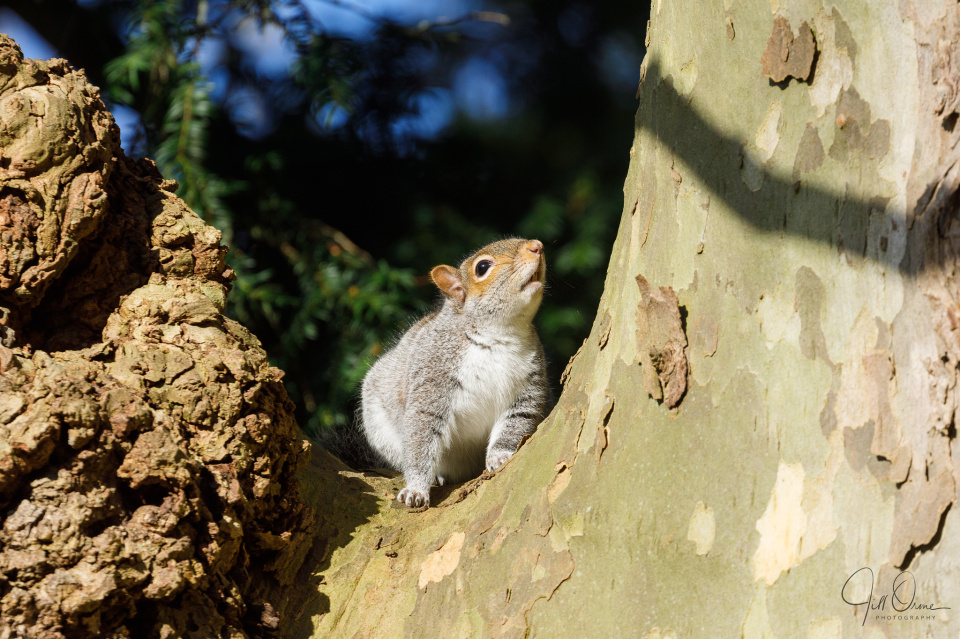 R and went to Croome this afternoon. The flooding that stopped us walking there with the family on Boxing Day has now gone, but it was still pretty damp and squelchy underfoot. It was also pretty cold, but a brisk walk in the bright sunshine was a real tonic against the winter blues.

When we arrived down at the lake R pointed out some squirrels playing in my favourite plane tree. I don’t subscribe to the “tree rat” view of grey squirrels, though obviously I’d rather they’d never been imported from the USA, and we still had reds throughout the country; but given that they’re here now, I don’t see any point in railing against them. I find them amusing and I like to watch their antics, but I wouldn’t want to get too close to those teeth and claws – or (having seen the way they can strip tree bark) have them anywhere near the house. 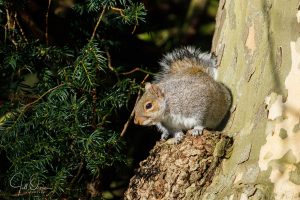 The chap in the main image was climbing all around the large burr in the left corner of the frame when we first saw it, while the individual in the other photo sat quite still – sunbathing, maybe? – on the smaller burr lower down the trunk. It’s doubtless just my imagination that the sedentary one was the wife or girlfriend of the climber, and was rolling its eyes about all the apparently pointless acrobatics. At the point I caught the climber sitting still, it was watching a third squirrel that had recently arrived higher up the tree, and getting ready to spring into action and give it what for.

Boys will be boys.