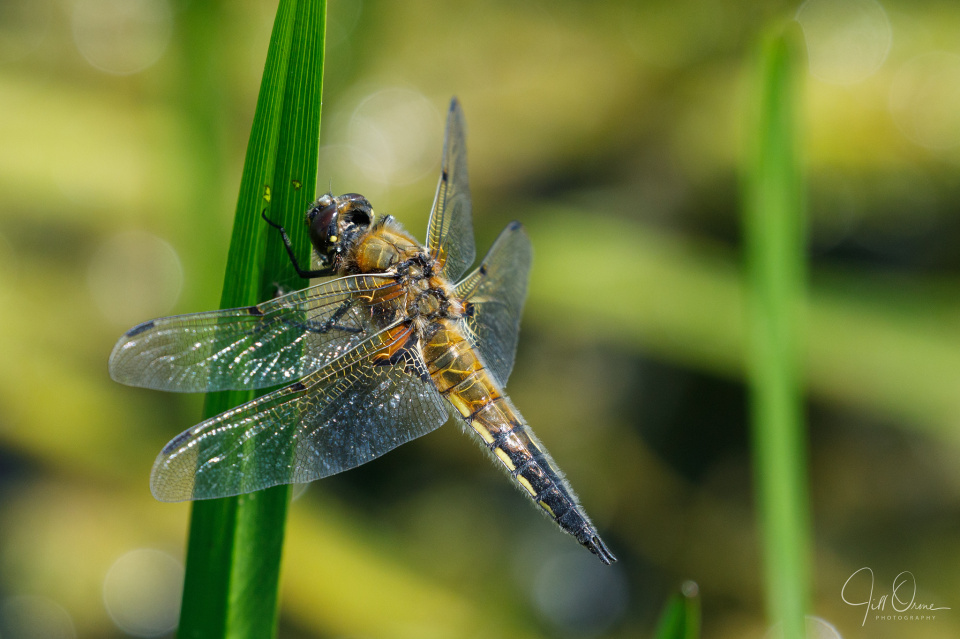 I was still quite tired this morning after all the gadding about, and we have visitors coming at the weekend, so I decided to give myself an easy day today. Compton Verney ticked all the right boxes: not too big, nor too far away, with a lake that would surely provide me with photos of Odonata – or if not, of great crested grebes.

For the first half hour I was there I feared I’d chosen badly. Not one of the four resident grebes was in evidence – which I hope suggests that they’re busy nesting – and I couldn’t find any dragonflies either, though there were hundreds of damsels around. There’s always a balance to be struck when you go looking for Odonata: damselflies are easier to photograph early in the day, when they’re still cold and a bit sluggish, but dragonflies rarely seem to haul themselves out of bed until mid-morning, so unless you know where they roost, you’ll be standing around waiting until they decide to get up and go looking for some breakfast.

Having arrived on the cusp, with the dragonflies still in bed but the damsels nicely warmed up and very skittish, I just had to set to and do some work, and in the end I did manage to… trick? persuade? hypnotise? a few into sitting still for me. The male Red-eyed Damselfly in the extras was a happy capture because I like these little guys a lot, but you most often see them at a distance, resting on floating vegetation out on the water which is where they prefer to stake their territories. At Compton Verney there’s very little floating debris in the lake, so they’re reduced to using the bankside vegetation, making them easier to reach – at least in theory – and this shot is only cropped for composition. As I finished with him and stepped back I thanked him for his patience, which I think is the polite thing to do, and then I turned and discovered that there was a woman sitting on the bank, watching my performance with amusement. It’s always good to raise a smile – or so I tell myself! 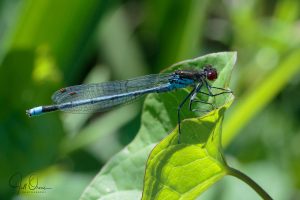 It was after this that I began to find dragons, though they’re clearly only just beginning to emerge at Compton Verney. This is one of just three mature male Four-spotted Chasers I saw at the edge of the lake – two competing for this same territory, and one lording it over the reed bed near the bird hide. I found and photographed a teneral Black-tailed Skimmer drying out in the vegetation by the northern section of the lake, and while I was watching him several others took their maiden flights out of the reed bed and up into an area of long grass and wild flowers, where they settled low down, away from the eyes of predators, in much the same way as the Four-spot I saw at Croome last week.

I also witnessed the maiden flight of a Brown Hawker, away from the lake towards the safety of some tall trees, but it was flying low and I didn’t manage to get a photo, so I doubt I’ll be able to claim the record. Its size and golden brown wings were unmistakeable though, and along with the Black-tailed Skimmer it’s gone onto my personal list, which has now reached eighteen species – a fairly respectable number, given how late the season was in starting – though I’ve yet to achieve credible photos of some of them.