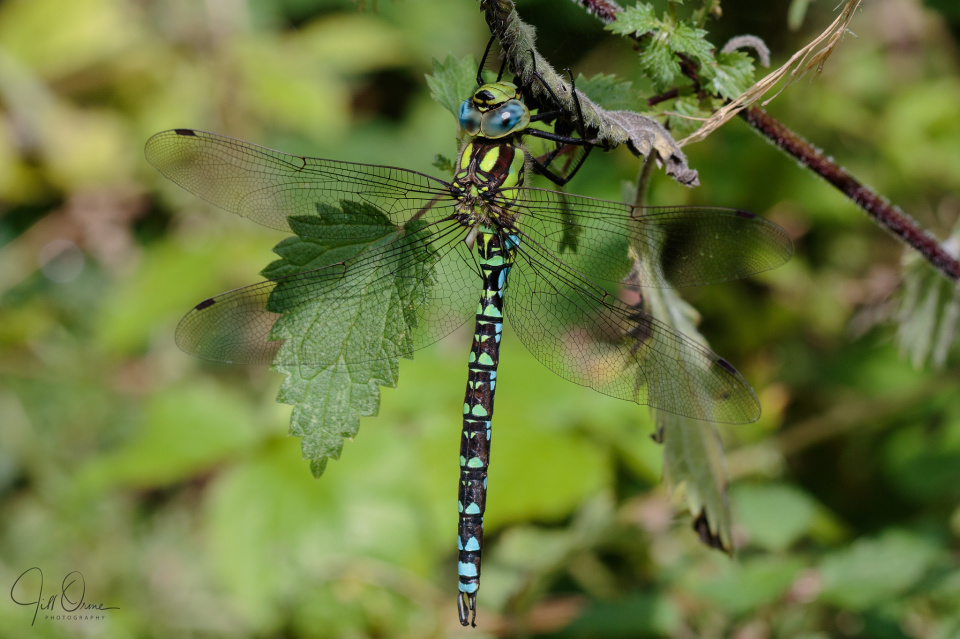 One of Worcestershire Wildlife Trust’s flagship reserves, over on the west side of the Shire, is called the Knapp and Papermill. I’d never visited this site because, frankly, it’s an utter pain to get to from here; but last week I saw a post on a local wildlife page by a chap who’d just paid a visit in search of butterflies, but said that the place was absolutely teeming with dragons. This concept made a crawl around the Worcester ring road less unenticing than it otherwise would be, and as the weather had picked up a little by this afternoon, I went off to take a look for myself. I wasn’t disappointed.

For much of the time I was walking the reserve it was quite overcast, which reduced the number of dragons flying, but there were still several Brown and Southern Hawkers cruising along the river and around a large pond, and every time the sun did emerge the number of hunters went up quite noticeably. I was especially pleased when this fresh and handsome male Southern Hawker swooped past me and perched, and even happier that he hung there very calmly while I homed right in on him with the macro.

I was also pleased to discover that this is a good site for Beautiful Demoiselles; it’s not actually all that surprising, because they like clean flowing water, but they’re not especially common in Worcestershire and this year I’ve struggled to find more than a few. It’s now getting a little late in their season, but even so there were several males and a female playing over one short stretch of the river, so I hope that a visit in June next year will be very fruitful.

I was standing on a bridge over the river, trying not to think about stepping off into space because there was no parapet to stop me, and waiting for a couple of male demoiselles to stop fighting each other and settle, when a medium-sized dragon flew past and settled on a sapling a few yards away. Some entomologists talk about the jizz of an insect – I do wish they wouldn’t, but they mean its flight pattern, general demeanour, size, and colouring, all of which give you an idea of what it is even before you’ve been able to get a good look at it; and this one looked to me like a Migrant Hawker. Tracking him down with the long lens and getting focus took a while, but in the event he sat for a good ten minutes, apparently blowing bubbles, and I was able to photograph my twenty seventh odonata species of the year. I’ve added a shot of him as an extra. 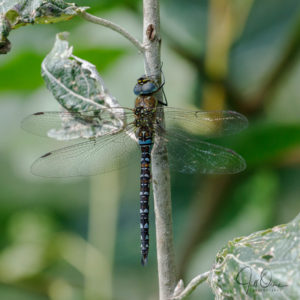