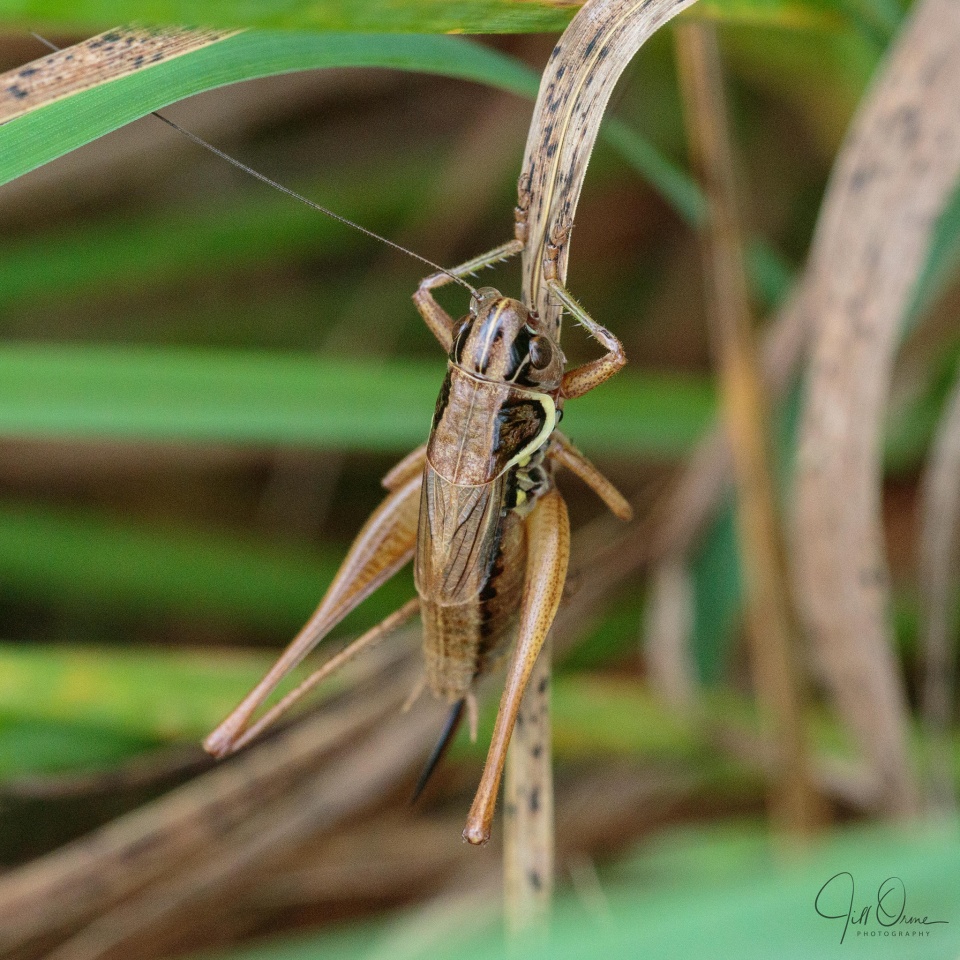 The fierce rain of yesterday cleared overnight, but it was a dull and overcast day, and my mood was appropriately down-beat. I almost talked myself into going out, but the light really wasn’t good enough for bug hunting, and in the end I just couldn’t quite be bothered. However, by the time I’d dealt with several hundred old photo files I was desperate to be anywhere other than at my desk, so I took the cameras and walked around the village.

I found some quite interesting things, including a 24-spot ladybird, but the combination of the poor light and a stiff breeze made macro photography a real challenge, and most of my shots will be discarded after I’ve recorded the subjects. This was one of three Roesel’s bush crickets I found in the butterfly field (today absolutely devoid of butterflies); it’s a species of which I’m fond, and they’re not especially easy to photograph, even in decent light, so in today’s conditions I wasn’t displeased with this.

The RBC used to be an eastern coastal species in the UK, but is relatively unfussy about its habitat and has now expanded its range across much of southern England and the Midlands. It goes through one generation a year; nymphs emerge in the late spring from the plant stems in which their eggs were laid the previous autumn, and pass through six instar stages to reach adulthood in late July. This is a female, and although it’s not too clear from this angle you may be able to make out the scythe-shaped ovipositor at the end of her abdomen, which she will use to slit open stems and insert her eggs.

Most Roesel’s bush crickets have these tiny wings and are flightless, but a small proportion have long wings and can fly. I’ve never been lucky enough to find a macropterous individual, but AJC has, and has posted a blog about it here.